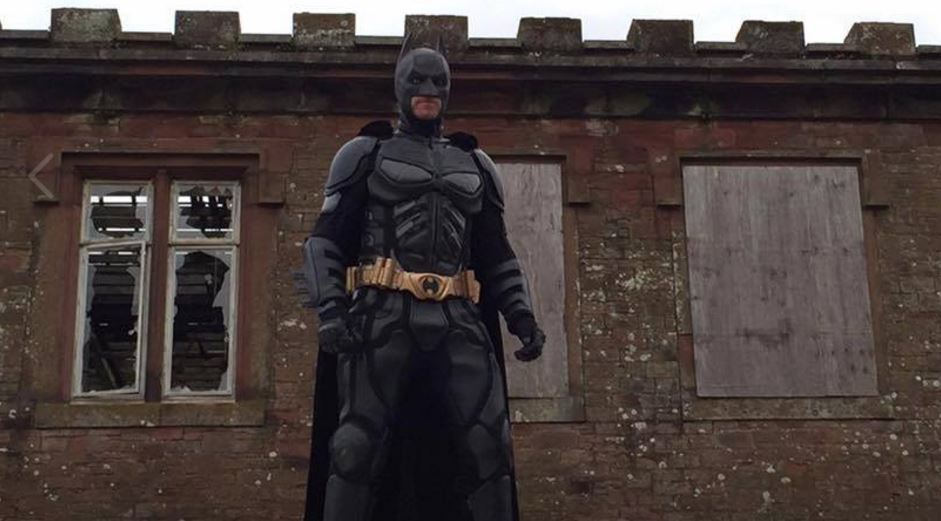 That’s right, you prepubescent, clown-adorned rapscallions; the Batman has had enough of your white-faced terror complete with permanent grins, squishy red noses and sneakers as lengthy as snowshoes. Yep, the Batman is putting a stop to real-life creepy clowns in the UK, and you better believe the streets will run white, red, and perhaps plaid after Batman does his usually effective Bat-business.

Anyway, yes, we’re all aware of the real-life creepy clown situation; these horn-honking, horrifying sons of b*tches are scaring the sh*t out of people and posting death threats through various forms of social media. Honestly, it’s gotten a little out of hand. Thankfully, a real-life Batman tends to agree with this sentiment.

According to local BBC affiliate BBC Cumbria, UK-based costume company Superhero Cumbria heard of children having nightmares because of the ever-increasing, creepy clown infestation. Their reaction to the dangerously burgeoning clown phenomenon and the associated instigation of night terrors in children? Well, the company decided to dress up one of its workers as the dependably vigilant Dark Knight; he regularly patrols the streets of Whitehaven to mitigate any terror experienced by children…and adults.

“We heard a lot of reports of kids being scared and not wanting to go to sleep, and Batman is what a lot of kids look up to,” a rep for the company told BBC Cumbria. “So we thought it was only in our duty to try and prove to the little ones that it is safe and Batman is out there looking for these clowns.”

Check out the full video report below, as well as a post from the BBC Cumbira Facebook Page showing the UK’s Dark Knight in action.