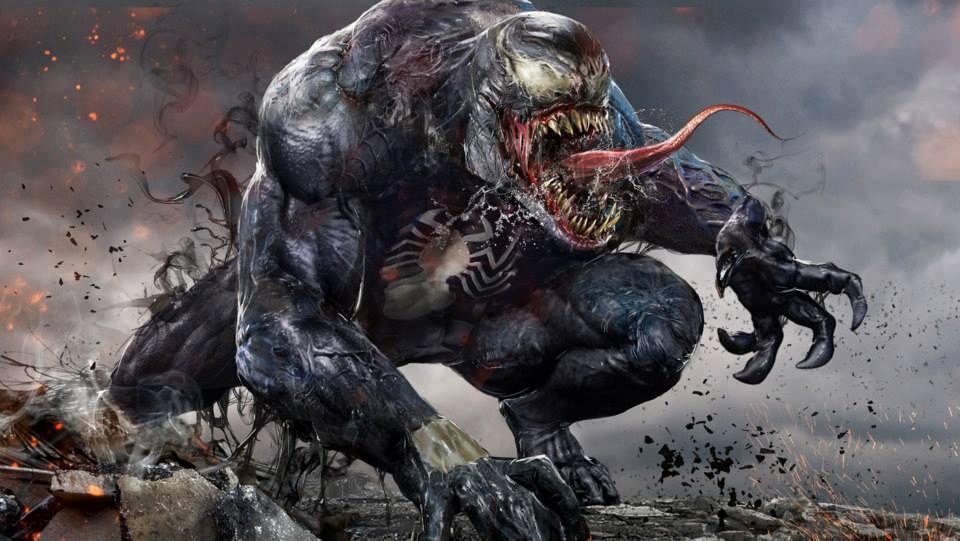 Disney’s HUGE acquisition of Fox has been making headlines in the comic book world everywhere for the past few weeks, but despite that, Sony’s steadily been doing its own thing with the solo Venom movie. All we know right now is that it’ll be released in theatres on October 5, 2018, but hopefully, it’ll include these 5 things we absolutely need and want to see in Tom Hardy’s film.

Thanks to Deadpool’s R-rated success, we can now expect superhero films to follow in its footsteps and go for horrific R-rated goodness from here on out. And with the Venom movie, we’re expecting to see a terrifying presence and a maliciously alien force that’s out to possess and inflict chaos just because. Think Sony’s outer space horror Life but with superhero elements.

And because the Venom movie is expected to have an R rating, having Carnage play the main villain would just be absolutely perfect. Imagine this sadistic psychopath going on a rampage across cities with his own brand of chaos and pain. And because the Venom movie is not a Spider-Man sequel, Sony has a great deal of freedom to explore this character and just have fun with Cletus Kassidy. This guy just doesn’t have a moral compass, and because anti-heroes are all the rage right now, Eddie Brock can actually play the anti-hero in this film—I mean, his villainous tendencies definitely have nothing on Carnage’s, right?

The symbiotes are actually hive-mind creatures named Klyntar, and if they happen to attach themselves to undesirable hosts, the symbiotes can become corrupted and villainous. This kind of feral offspring is actually responsible for creating Carnage, but there have been others through the years, namely Scream, Lasher, Phage, Riot, and Agony.

It has been hinted that the Venom movie will be based on the six-issue comic book series Venom: Lethal Protector and five-issue comic arc Planet of the Symbiotes. The former is where Venom encounters Scream, Phage, Riot, Lasher, and Agony, and the latter is where the Earth is invaded by an army of symbiotes. It kinda makes sense to combine these two arcs, with Venom adjusting to life in San Francisco and then having to battle a big invasion. And with Carnage at the center of it all to spice everything up, things just can’t get any better.

As a lawyer and Eddie Brock’s ex-wife, Anne Weying once bonded with the symbiote and became She-Venom. Ruthlessly ferocious and totally certifiable, she can and will go on a killing spree if you cross her, and it would be really cool to see that on the big screen.

Another juicy addition to the Venom film would be Flash Thompson as Agent Venom, and because Peter Parker won’t be making an appearance in the film, the writers can have some creative liberties with Flash Thompson’s back story. Inspired by Spider-Man’s heroics, Flash enlists in the army and gets amputated after a self-sacrificing act on the battlefield. When he is approached by a top-secret program that will bond him with a symbiote, he agrees, thus becoming Agent Venom. That certainly makes up for the Spider-Man-less-ness of the movie, don’t you think?

What are YOU looking forward to in the Venom movie this late 2018? Let us know what you think and what you’re just dying to see in the film in the comments section below!