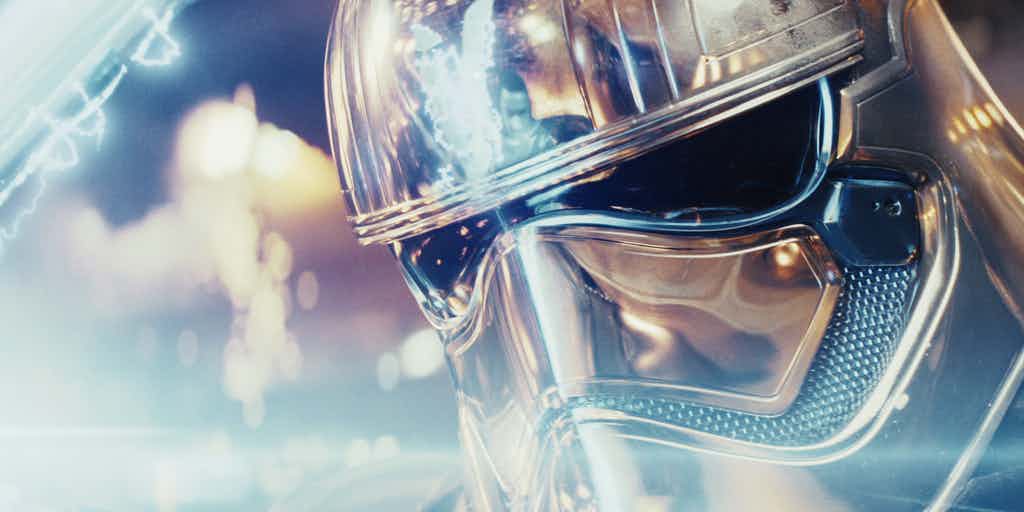 Ok. So, it’s been a few days now. Everyone has had time to digest. Let’s just take a deep breath and relax.

Ok. So, how about that Last Jedi trailer!!!? It had everything you’d want as a Star Wars fan. Like most of you, I’ve watched and rewatched the trailer non-stop looking for any clues regarding the upcoming blockbuster movie — there were epic space battles, all the familiar faces, and of course… Porgs!!!

I mean, look at that guy. He’s adorable. However, guinea pig/penguin hybrids aren’t the only reason to celebrate the new trailer. There was so much crammed into a small two-minute window that it was easy to miss certain things, or realize other major points of the movie have been left out altogether.

So, following countless viewings, I’ve gone full John Nash in A Beautiful Mind to try and dissect the three most important things from The Last Jedi trailer that have more meaning than you thought. Also included, two things that were completely left out. Let’s see what’s first on the docket.

What Means More: ONBOARD THE SUPREMACY

Remember two years ago? It was a lovely time of peace and harmony, except for one thing: Star Wars fans were dubious regarding the concept of Starkiller Base. “It’s just a bigger Death Star,” warned weary loyalists (a sentiment equaled by Han Solo himself).

In the end, Starkiller Base was a Death Star stand-in, but still offered its own fun moments. Now, let’s flash forward to modern times, where once again, Star Wars aficionados are in the same predicament with Supreme Leader Snoke’s Mega-Class Star Destroyer, The Supremacy.

The opening shot of The Last Jedi trailer shows Kylo Ren overlooking a Stormtrooper assembly line. machines manufacturing those super-sized AT-ATs, and Ren’s new TIE-Fighter. All of this is taking place on The Supremacy, a Star Destroyer three times the size of the island of Manhattan.

Only partial glimpses of the ship can be seen during some of the space-bound action sequences, meaning a full reveal will be coming December 15th (the movie’s release date, in case you were unsure). This gargantuan vessel will be a showstopper once we see it in its full glory. However, the small glimpses we’ve been privy to should be enough to hold over the most demanding Star Wars fans.

What Was Missed: ANY NEW FACES

It feels like six parsecs since the last time we saw all the characters we love. Daisey Ridley, Mark Hamill, Adam Driver, Oscar Isaac, John Boyega, and of course, the late Carrie Fisher all turned up. We also got shots of Chewbacca, Snoke, and Captain Phasma in all their glory. You know that tingly feeling in your toes when you watched the trailer? It’s because seeing all those familiar faces rekindled the love you have for this franchise. Still, there was something missing from all the action.

That would be anyone new. No Laura Dern. No Kelly Marie Tran (despite being on the new poster). Not one shot of Benicio Del Toro!!! While it’s disappointing that we didn’t get to see any new faces, I’m not crying the blues over it. The Last Jedi trailer had so much infused into a short period of time, that it would be detrimental to thrust anything new (and potentially spoiler-ish) into the fray. Plus, it leaves the door open for any new rumors regarding any new characters. Could Del Toro really be Boba Fett? Probably not… but it’s not officially untrue until the movie comes out!!!

Listen. I could go one for days and days about the adorable qualities of the Porgs. However, they weren’t the only curious critters featured in the trailer. In what appears to be a scene prior to the battle on the planet Crait (that red planet covered in white dust), we see a couple of crystal-covered foxes making their way into the Rebel base. The interesting appearance is a side-note to the rumors regarding these interesting creatures:

There is a belief that Force-sensitive fauna and flora will be plentiful in The Last Jedi.

Force-sensitive trees have been worked into recent Star Wars publications. Also, Convors (Force-sensitive birds), were frequently seen in The Clones Wars and Rebels. At D-23 this year, a sizzle reel was played that showed behind-the-scenes clips from the upcoming feature. Included were glimpses at some of the animals that will be seen in Episode VIII.

While the trailer gave us a smidge of what we’re going to see… just know that more awesome alien animals could be showing up to steal all of the Porgs’ spotlight.

What Was Missed: PRAETORIAN GUARDS

One of the curious absences was that of Supreme Leader Snoke’s personal Stormtroopers, The Praetorian Guards. The cardinal red warriors have been prevalent in The Last Jedi’s marketing, including a prime spot on the latest poster. Since we’ve seen so much of them, it’s interesting that even a quick glimpse of the crimson gladiators was left on the cutting room floor.

Perhaps Disney is just saving the good stuff for the movie’s release (again, there’s nothing wrong with that), or they’re trying to avoid a similar issue they faced with Captain Phasma. She was heavily plastered on the initial branding for The Force Awakens — the character was hyped so much that when she only appeared on-screen for less than ten minutes, fans felt duped. The Praetorian Guards might seem cool (same with the Execution Troopers), but perhaps their screen time isn’t lengthy, so Disney refused to roll them out now, avoiding any backlash.

Speaking of Captain Phasma, it looks like her time in the sun might finally come. After being used sparingly in Episode VII (and that’s putting it nicely), we finally see Phasma putting her warrior skills to good use against the guy who dumped her down a trash chute on Starkiller Base. Now, she’s back, polished up, and ready to seek some revenge.

While it’s hard to expect Captain Phasma having an expanded role (considering how many characters are going to be included), it’s entirely plausible that Gwendoline Christie will finally be given some substance for her character.

Phasma has had a huge year including her own comic book and novel (which I recommend everyone reads — it’s damn good). The chrome goddess’ popularity is on the rise and people are getting hyped for her appearance, so the short scene of her and Finn drawing their weapons, with an exploding something in the background, looks to be a jaw-dropping battle. Let’s hope the final product lives up to the hype.

So, that’s what I got. Was there anything I missed, or is there another scene you wanted to see? Give us YOUR thoughts (which are infinitely more important than OUR thoughts) on the final Last Jedi trailer!