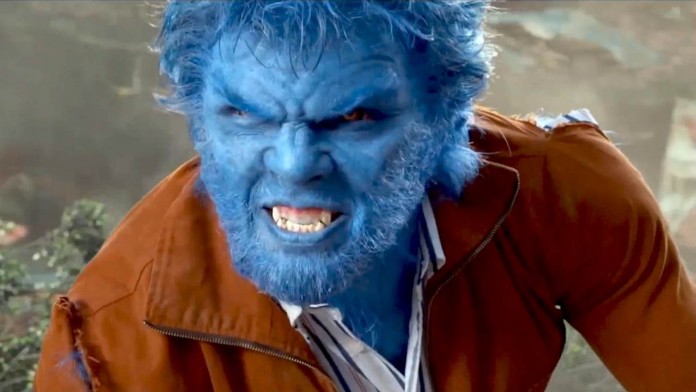 Nicholas Hoult, while promoting his most recent film, sat down with IGN and answered a few questions regarding his current role and his upcoming role as Beast in X-Men: Age of Apocalypse. Sure, people might be interested in his part in Kill Your Friends but let’s be honest…we want to hear about the X-Men! Somebody queue up that the animated series theme song. You know which one I’m talking about.

“First Class was the first time we went back in time with the younger cast. Days of Future Past dealt with time displacement and all that sort of thing, and blended casts. And this one I think is just going to be pretty huge in many ways. It’s set in the ‘80s. Introducing younger versions of Cyclops and Jean Grey and Storm and those characters so you get a bit of a back story to those guys. And then Apocalypse – Oscar Isaac – turns up and is a badass and it all goes quite extreme,” said Hoult. “To be honest with you, the times we were acting in the same scene were often quite distant. So I could sense the presence of him – and he’s certainly got a lot of presence, in life – he’s a really fun guy to be around. And that character’s a tricky one to play, you know, essentially a mutant from an era long ago, awoken in this modern day, very confused about what’s been going on around him and decides to do something about it. He certainly brings an intensity to it, in a great way.”

So most of us have seen the pictures for and general theme for Apocalypse and it definitely has a strong 80s vibe to it. Unfortunately, I didn’t see any rubix cubes in the previews but Hoult joked, “80s gear? You know what I felt like a bit of a kid wearing my Dad’s suits and stuff, because it’s very baggy the 80s style,” he said. “Big pants and shoulder pads. I’d try them on in the costume fittings and I’d look ridiculous. I’d look like a three-year-old wearing my Dad’s clothes, but that’s what it was at the time.”