Home COMICS Who is Cheetah? The Basics on the Next Wonder Woman Villain 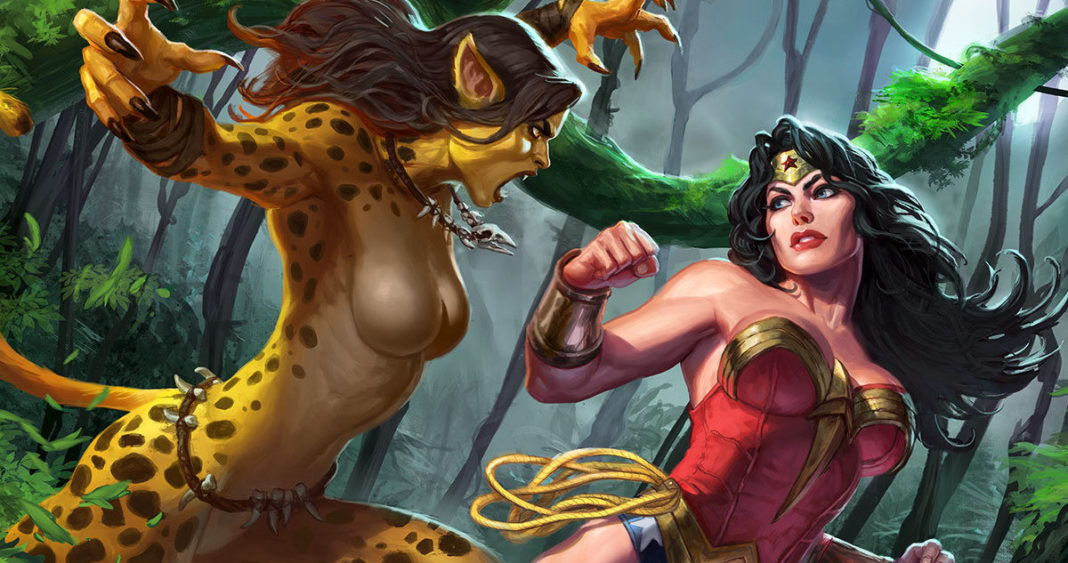 While the Batman has Joker and Superman has Lex Luthor, Wonder Woman doesn’t really seem to have a definitive arch-nemesis of her own—at least, not a very popular one. Perhaps Cheetah is the closest she’ll ever get to having one, and because we know that the character isn’t exactly the poster girl for villainy, we’re here to help. Here are the basics that you need to know about the next Wonder Woman film’s main villain!

Cheetah is actually one of Diana’s oldest recurring villains. She debuted in 1943 as Priscilla Rich, who resorted to villainy because of her split personality. The second Cheetah was Deborah Domaine, introduced in 1980 as the niece of Rich. Brainwashed by the terrorist organization Kobra, she took up Rich’s mantle and never looked back.

The most popular incarnation of Cheetah (and most probably the one we’ll see in Wonder Woman 2) follows the story of Barbara Ann Minerva, an unfortunate archaeologist who craved immortality and thus ingested a chemical meant only for virgins (which she was not). Brewed by worshippers of Urzkartaga, the chemical causes Minerva extreme pain, and she rages with bloodlust whenever she is in her cheetah form.

Perhaps in an effort to make Cheetah more meaningful to the readers, the creators rebooted her character into becoming one of Diana’s closest friends. In the Rebirth launch, Barbara has been obsessed with the Amazons since forever, and her obsession leads to her catastrophic fate. She befriends Diana, but when an expedition funded by villain Veronica Cale attempts to locate Themyscira, things take a tragic turn and Barbara becomes cursed with the transformation. She blames Diana for this ill-fated mishap, and Diana in turn is tortured by the idea that she failed to save her friend.

While the first two incarnations of the character didn’t actually have any superpowers, Barbara does. It’s perfectly understandable to wonder just how a humanoid cheetah’s powers can possibly rival that of the Amazonian warrior princess, but when Barbara transforms into the Cheetah, she gains superhuman strength, durability, speed, agility, and enhanced senses. Her claws and fangs can actually hurt Wonder Woman, and her intelligence as an archaeologist knows no bounds.

It will definitely be interesting to see just how Kristen Wiig will play her, and how DC plans to mold the character into a really good portrayal. The studio hasn’t exactly had a perfect record when it comes to casting, so we’re desperately hoping they’ll be right on the money with this one. If it turns into a pleasant surprise for fans, then we’re definitely up for it!

What do YOU think about the casting decision, and are you excited about Wonder Woman 84 film as well? Let us know your thoughts and violent reactions in the comments section below!