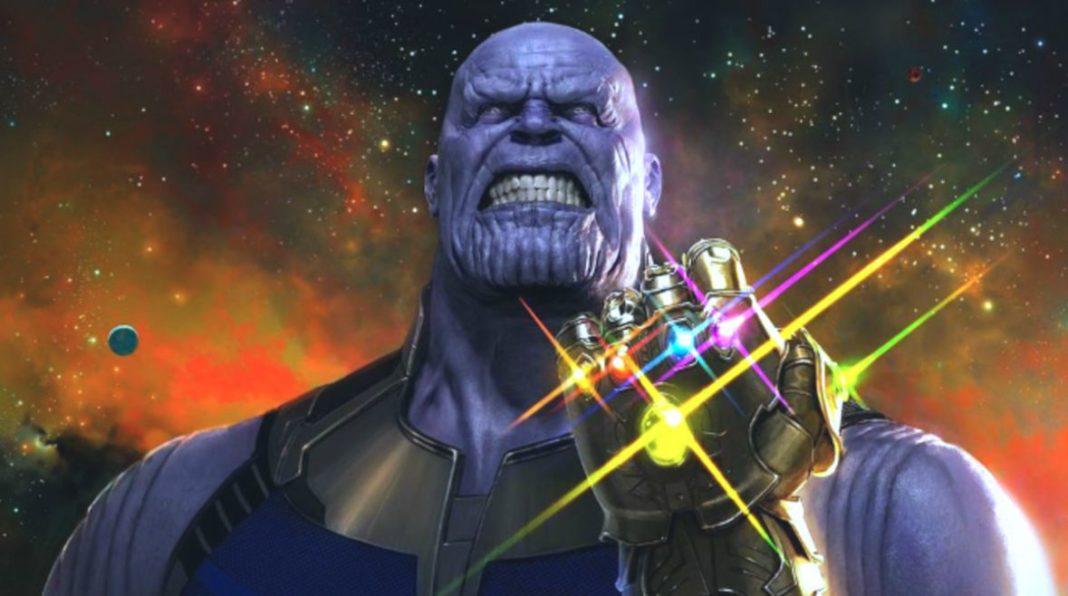 The following is a conversation between Source content writers Teddy Byrne and Keith O’Neil after seeing Avengers: Infinity War. It contains spoilers, but judging by the opening weekend box office, everyone and their cousin saw it.

Keith: So, I saw Avengers: Infinity War in IMAX 3D. Definitely recommend it in IMAX if you can. AMAZING! Loved it! [The film’s directors] the Russo Brothers knocked it out of the park!

Ted: Agreed. I saw it in standard 2D. I can’t believe that after 10 years, 20 something movies and more characters than you can shake a stick at they were able to bring everything to a head. They delivered an amazing movie in the process.

Keith: Oh, yeah. They covered a ton of ground in a short amount of time. I have to hand it to Josh Brolin. We’ve seen bits and pieces of his performance as Thanos (Guardians of the Galaxy and Avengers: Age of Ultron), but he was outstanding.

Ted: You can’t talk enough about how well Thanos was handled. I was excited when he was first revealed in that Avengers post-credit scene. However, Marvel mastered its antagonists recently with Hela (Thor: Ragnarok) and Killmonger (Black Panther). It would have been easy for Thanos to fall short… but the Russo’s did right by him and delivered the best MCU villain by far.

Keith: He made quite the entrance.

Ted: You’re telling me. It’s one thing to take out Heimdall (and a completely underutilized Idris Elba). It’s another to crush the ever-popular Loki like a dog with its chew toy. It was the best possible way to establish his power… yet throughout the movie, they continually humanized him and made him more relatable then I assumed they would.

Although I wished they didn’t gloss over the destruction of Xandar. I don’t know how you squeeze that into this movie — it was already overflowing with action.

Keith: At least show a brief shot of it as he talks about it. What I liked most is how it didn’t feel like a 2.5-hour movie. It flew by quickly for me. There was never a dull moment. And there was A LOT going on.

Ted: No, non-stop in the best possible way. The addition of The Black Order was nice. They were allowed to take the lumps and put The Avengers over, all while preserving Thanos as the juggernaut he deserves to be.

Keith: Yes. You need a couple of jobbers in movies like this. The Avengers has the Chitauri. Guardians of the Galaxy Volume 2 had the Sovereigns.

Side note: “Jobbers” is a pro wrestling term used for wrestlers whose sole purpose is to make other wrestlers look good. They hardly ever win matches, like the Brooklyn Brawler for example.

Ted: And Infinity War had Ebony Maw… who was pretty boss taking out Doctor Strange. Still, this movie wasn’t perfect. There were some issues for me, beginning with the use of The Guardians of the Galaxy.

Ted: Groot was literally a whiney teen. Rocket a Thor fanboy. Drax was just there for cheap laughs. Gamora randomly became a key for the Soul Stone. Worst of all, Star-Lord screws everything up. They really were the anchors that dragged the Avengers down.

Keith: Well, it’s not like they were shoehorned in. They have a well-established connection with Thanos.

I LOVED Star-Lord’s first interaction with Thor. Feeling like his manhood was threatened, he tried to one-up the God of Thunder.

Ted: Same, but from there I feel it was downhill for all of their characters. Still, it didn’t ruin or hurt my positive vibes for this movie. They didn’t ruin it, they just didn’t add much.

Keith: Well, my one gripe is the lack of a backstory for Captain America’s new look. What happened to his costume? Why does he have a beard? What’s with the long hair? A minor nitpick, I know.

Ted: That’s the best part of Infinity War. All my issues are nitpicking. It was just a well written and directed movie that any issues are overwhelmingly outweighed by its positives. No wonder this movie is on pace to blow past the $2-billion mark.

Keith: Well, JUST AS I PREDICTED, it broke the opening weekend record held by The Force Awakens, so I’d say it’ll make a cool $2-billion by the end of the month.

Ted: Does it challenge Avatar for highest grossing movie of all time?

Keith: Yes, it will. The Avengers is a worldwide franchise. You’d have to go to the middle of nowhere to meet someone who hasn’t seen the movies. Plus, Avatar doesn’t seem to have the staying power a movie usually does. I don’t even know anyone who cares about it anymore. When was the last time anyone mentioned Avatar in a positive light other than “Dude, remember when Avatar was popular?”

And I think James Cameron’s comments about “Avengers fatigue” are going to motivate people to see Infinity War even more now. They’ll see it out of spite.

Ted: Ok. We need to address the biggest question now: When did Thor become the best Avenger?

Keith: Dude, he always was the best Avenger. You’re just coming around to it.

Who saved New Mexico from the Destroyer? Thor.

Who successfully captured Loki when he crashed the party in Germany in The Avengers? Thor.

Who stalled Ultron in Avengers: Age of Ultron? Thor.

Who is the man that would risk his neck for his brother man? Wait, that’s Shaft.

Yeah, he went from tough afterthought to the funniest, most critical to the narrative, and coolest. Iron Man used to be “The Man”. Then Captain America took the mantle. Now, since Thor: Ragnarok, it’s all about The God of Thunder. I would dare say he has even surpassed Groot and Korg (which just pained me to type.)

Hemsworth was the glue in this movie. Not only for bridging the gap of GOTG and The Avengers, but bringing emotional depth along with humor.

Keith: Oh, yeah. I rocked my Thor shirt opening day (which you can buy at SuperheroStuff) and led the applause when he, Groot, and Rocket appeared in Wakanda with Stormbreaker!

Ted: “I am Groot.” “I am Steve Rogers.” My favorite interaction in the movie.

Keith: That was great, too. But now we have to talk about the ending. Oh, that ending.

Ted: I only needed one thing from this movie to make me happy… a Thanos victory. And woah Nelly, did Marvel deliver.

I dub what happened, “The Snappening.”

Ted: I like it. But even though people knew some of their heroes were going to perish, how it happened was unnerving. They didn’t die in battle (well, except for Vision), but simply fluttered away from existence. Plus, it happened to all the heroes you didn’t expect. Thor, Captain America and Iron Man stuck around while Doctor Strange, Bucky, T’Challa and even Groot got the boot. As Quicksilver would point out, I didn’t see that coming.

Keith: Yes. My theater was dead silent during that whole sequence.

Ted: Proof that even if you think you know what’s coming, [Marvel Studios head] Kevin Feige and his braintrust can still come up with ways to shock us.

Keith: Oh, yeah. This movie proved the huge worlds apart distance between Marvel and DC when it comes to movies. I like Batman Vs Superman, but even I will say DC has no direction. They tried rushing it with Justice League and it showed. Marvel went from A to B, then to C, and so on. DC tried going from A directly to Z.

Ted: It was a ten year journey and there were some bumps along the way (cough*Thor: The Dark World*cough)… but this is truly one of the most amazing cinematic achievements ever. To build a cinematic universe this balanced and keep it entertaining is a testament to all the people involved.

I would say Avengers: Infinity War is going to be hard to top, but Ant-Man and The Wasp and Captain Marvel will get their shot. I honestly can’t wait to see how Avengers 4 wraps up this story next year.

Keith: Dude, I needed an Avengers 4 trailer yesterday. And I loved how the Russos fit in another Arrested Development Easter egg with the Bluth family stair car in Captain America: Civil War…

….and Tobias in the Collector’s collection in Infinity War. They didn’t forget where they came from.

Ted: Well, thanks to them, “There’s always money in The MCU.”