Home MOVIES Editorials Could We Get a Groot Solo Movie? 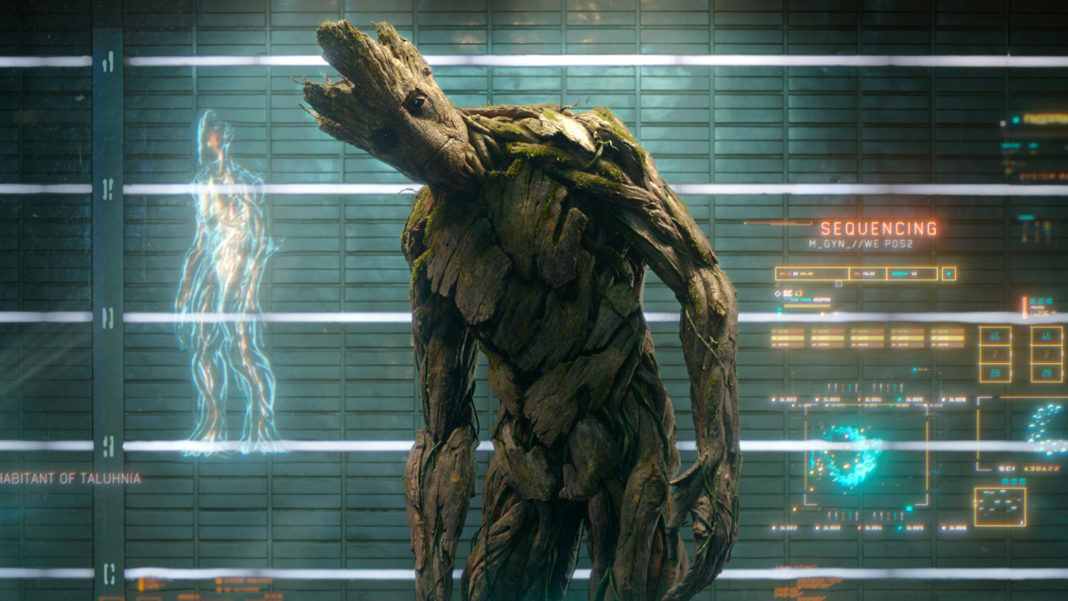 Marvel Studios is soon going to have a conundrum on their hands. This week, their latest Avengers saga, Infinity War, began filming. By 2020, the studio is going to reach a crossroads where their original actors will be stepping away from their roles, and a new batch will take their place. In between the changing of the guard, someone is going to have to hold down the fort.

So, why not Groot?

Of all the types of Marvel movies we’ve had, we’ve yet to have a spinoff. So, let’s take a character we are already familiar with and put she or he in the forefront of their own project. The best possible starting point? How about our favorite talking tree, Groot?

He was the standout character in Guardians of the Galaxy. Expect a repeat performance when Baby Groot steals the show in Volume 2. So, with all the fanfare, why not let Groot helm his own movie? As the voice behind the sapling, Vin Diesel told MTV the discussions for a Groot Movie have already begun.

“Inevitable” is a very strong word. That means that not only has Gunn discussed the idea, but Marvel is probably working to make it a reality. They’ve turned characters like Doctor Strange and Ant-Man into box office stars — imagine what they could do with Groot. Even Diesel sees the potential.

“That character is so enigmatic and he is already one of the most unique characters in the Marvel Universe. I think what Marvel has done, what James Gunn has done to realize that character has exceeded beyond anyone’s expectations. He’s just such an interesting character and there’s so much to learn about him. I would love to go back to his planet, learn more about him.”

Oooh… an origin story. It wouldn’t be that far off from another origin story Disney is currently working on with a tough-yet-lovable lead, and his furry, loud companion. Yes, I’m implying this his could be Marvel’s version of the Han Solo origin movie we’re getting in 2018. The only difference is that Chewbacca is a raccoon, and Solo’s quips are reduced to “I am Groot.”

Plus, a Groot spinoff has the potential for crossovers galore. By the time a Groot movie comes to fruition, Brie Larson’s Captain Marvel will be a major part of the MCU. Let her get involved in the wacky adventures of Groot and Rocket. Or, if you need a change of pace from Captain Marvel… Vin Diesel has another suggestion.

“I’m really interested in seeing what happens with him and The Hulk. I could imagine Hulk would say something, or Rocket Raccoon could say something wise to the Hulk and Hulk gets all ruffled and angry, then all of a sudden Groot steps in and says something.”

Now, if you’re thinking, “why would anyone watch a movie where the main character says only three words,” I’ll quickly remind you that we live in a world where a movie starring The Minions was a box office smash and everything out of their mouth was gibberish. Also, remember that there’s a lot of meaning behind what Groot says.

“He’s really a genius on a lot of levels,” Diesel added. “It’s just that we can only hear him say ‘I am Groot.’”

An origin story. A buddy adventure with Rocket and Hulk. Marvel can even do an animated Groot movie, similar to what’s being done with Sony’s Miles Morales Spider-Man film. There are plenty of routes the studio could take, but they need to know this: people want a Groot movie. He’s one of the most popular characters for a reason. As the star of his own movie, we can become part of Groot’s life. Then, it truly would be… “We are Groot”.