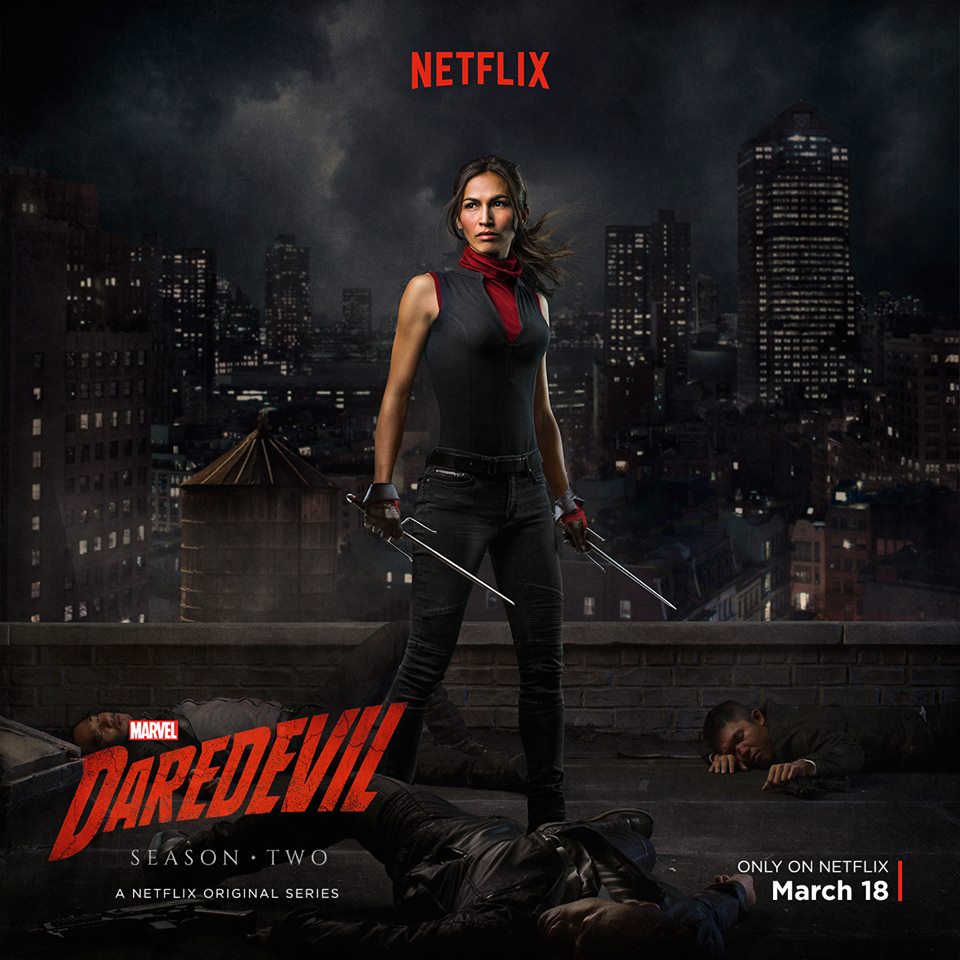 Daredevil Season 2 is really going to increase the already toxic levels of misery permeating Matt Murdock’s life. Not only will he have to contend with the burgeoning criminal element in Hell’s Kitchen, he’ll have to confront two incredibly deadly adversaries in the form of Frank Castle/the Punisher, and Elektra Natchios, an ex-girlfriend with an extremely effective/seductive set of Ninja skills! Speaking of the latter, Daredevil’s Facebook page just released another teaser video; this particular Daredevil Season 2 teaser features Elektra kicking all kinds of crap out of all kinds of well-armed, well-dressed assailants. OBSERVE!

And not only do we get an amazing scene of Elektra kicking 7 types of @$$, we also get this VERY AWESOME image of Elodie Yung as the conflicted, sai-wielding, antagonistic ex-flame. OBSERVE!