Lock and load! I suppose Daryl Dixon needed to start his super-sweet zombie ear collection somewhere. The above clip comes to us from Jimmy Kimmel’s late night TV show and features Norman Reedus’ Daryl Dixon vs hoverboard zombies. Well, that would certainly make that kiosk at the mall a bit more interesting, wouldn’t it? The Walking Dead has been a runaway hit and you can easily see how his character can lend itself to a wee bit of humor. Unfortunately, Norman Reedus doesn’t appear as dirty or squinty as he does on the show but you really can’t complain when it comes to Daryl Dixon vs hoverboard zombies! Aren’t those things illegal now since they are pretty much rolling improvised explosive devices?

The Walking Dead returned February 14th and reviews have been glowing so far. If it wasn’t for that bombastic mid-season premier then it was the introduction of fan-favorite character Jesus! The Walking Dead plays on Sunday nights at 9pm EST. Jimmy Kimmel Live can be seen online or on ABC. Now if only we could get Jimmy Kimmel to remake The Man Show! I’m sure Cousin Sal is down and Adam Corolla could probably use a job. 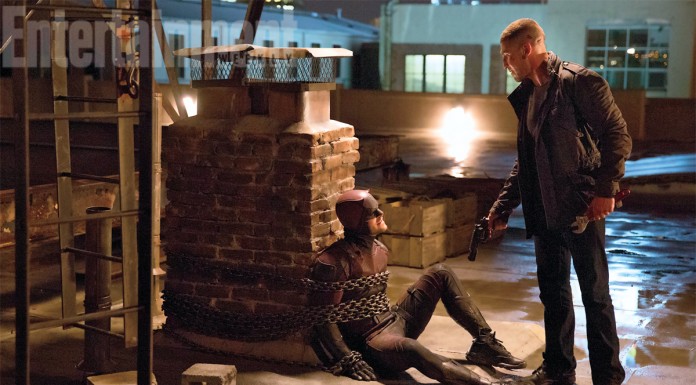