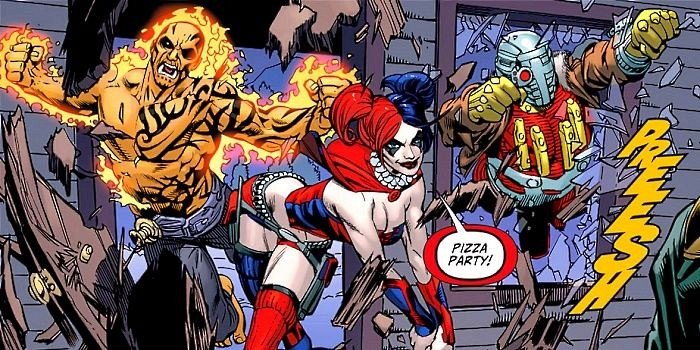 We’ve been under constant assault from Empire with Suicide Squad images, but with the official release of the magazine we now get to see a bunch of quotes from those directly involved in the movie’s production. What kind of movie will we be getting? What are their thoughts?

The first person to express his opinion was Executive Producer Charles Roven who said, “We’d just started shooting Batman v Superman, we were figuring out our path through the expanding DC Justice League universe, then David Ayer came and pitched his take on Suicide Squad. It had this darkness and edge, while still tonally in the zone of what we’re trying to do with these movies. And it’s impossible that you could get a big tent-pole picture from pitch to start of principal photography and faster than we did.”

Of course, where would quotes be without one from the director David Ayer? It looks like he had some rather potent thoughts on the matter and stated, “You know, all these movies are about defeating the evil alien robot from f*cking Planet X, before it destroys the world with its ticking clock. And who the f*ck cares? But you do this story about struggle and isolation and people who have been shit on that suddenly get thrown this lifeline… that’s not so bad… I like to think of this as the Comic Book Movie 2.0”