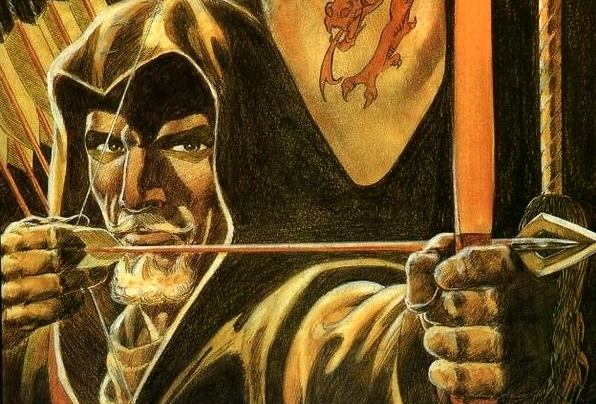 Way back when, we are talking 9 years ago, at the cusp of the explosion of superhero movies, (in)famous scribe David S. Goyer penned a Green Arrow movie! Apparently, the plot would have involved Green Arrow framed for murder, sent to the Supermaxx Prison, and then attempted escape, but it wouldn’t be so easy – the Supermaxx prison would have been chock full of DC Comics villains like Lex Luthor and The Riddler!

Of course, this all seems vaguely familiar with the upcoming Suicide Squad movie and the defunct Sinister Six, but when asked, did Goyer think this project was ahead of the comic-curve? “I think it absolutely was. I think if that script had come over the transom a couple of years later… It was completely ahead of its time. By the way, everything I see about Suicide Squad looks fantastic and it’s a different story. But it was absolutely ahead of its time. You know, Marvel was considering doing the Sinister Six and at the time, God, I think this was eight or nine years ago that we wrote a couple of drafts, but it certainly was like this oddball project at Warner Bros at the time, they were like – even though the script was good – ‘why would we make a movie about a bunch of villains? That makes no sense.”

Fair enough, right? Was there ever truly a chance at seeing this Green Arrow movie? Goyer continued, “The executive on it was really visionary but the higher-ups, none of whom are at Warner Bros any more, just thought at the time, you know, we just want to make Batman and Superman movies. We don’t want to make any other characters. But this is before Marvel had really taken off, before more obscure projects like Guardians Of The Galaxy or Ant-Man or things like that had huge success, before the current gold rush I guess, if you will. It’s natural that eventually someone was going to make a villain movie, so that’s just what happened!”