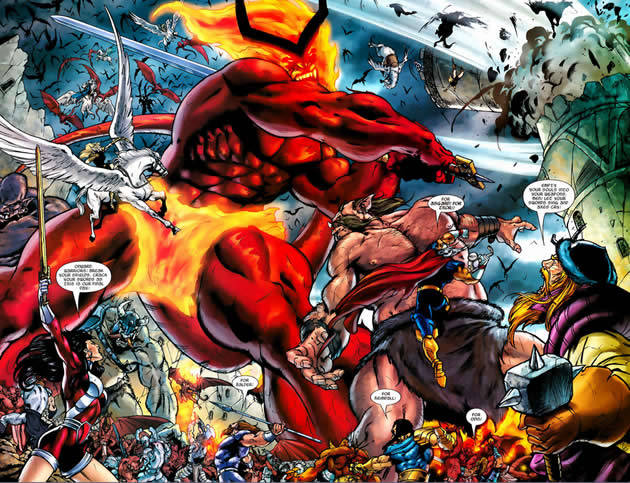 After we last left the cinematic world of Asgard, Loki took up the throne in the guise of Odin with Thor none-the-wiser to his trickster brother’s survival. I guess Loki made the smart move with letting Thor run around everywhere but Asgard, eh? I’m sure The Age of Ultron kept the God of Thunder busy for quite some time. With Thor 3: Ragnarok, there promises to be a huge apocalyptic showdown, but can we expect any of the other Avengers to help out? You still here? Turn away if you don’t want to see spoilers regarding Thor 3!

Yes, that’s right! It looks like Mark Ruffalo will be showing up in Thor 3! According to Deadline, “Marvel Studios is near a deal with Mark Ruffalo to bring his Hulk character to Thor: Ragnarok, the third installment of the series that stars Chris Hemsworth as the hammer-wielding Norse God. The film will be directed by Taika Waititi, the New Zealand-born filmmaker whose credits include the indie Eagle Vs Shark and last year’s Sundance vampire mockumentary What We Do In The Shadows.” What kind of part do you think Marvel’s Green Goliath will play in the Twilight of the Gods? Perhaps he is just showing up to sucker punch Thor again!