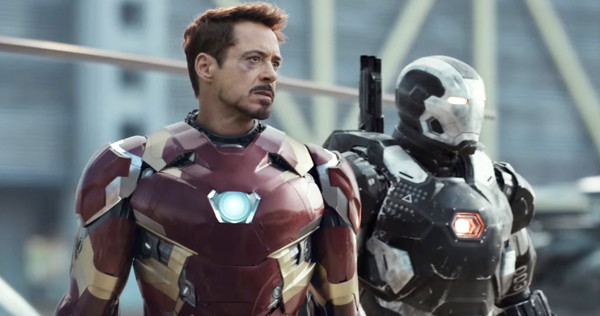 Don Cheadle, who plays the super-cool War Machine in the Marvel Cinematic Universe, has decided to reveal a few secrets regarding the upcoming Captain America: Civil War. I guess we should expect that sort of thing from Tony Stark’s best friend who stole one of his suits only to let Hammer arm the thing. Ahem. While promoting the movie biopic Miles Ahead, Don Cheadle was asked about Civil War. His response? Glorious!

“I’ve only told one other person, so you’re getting a big scoop,” he joked. “Most everyone in the movie dies! Captain America, War Machine, Iron Man, Hawk…who else? The Vision, yeah, almost everybody…Black Widow, Spider-Man, it’s a wipeout.” So, everybody dies, eh? I didn’t know George RR Martin was writing the script for Civil War! Joking aside, he really didn’t mention himself and from what we can tell from the previews he might be getting in trouble! Still, kudos to Don Cheadle for trolling the bloody lot of us! Captain America: Civil War opens up on May 6th, 2016 and stars Chris Evans, Robert Downey Jr., Scarlett Johansson, Sebastian Stan, Anthony Mackie, Don Cheadle, Jeremy Renner, Chadwick Boseman, Paul Bettany, Elizabeth Olsen, Paul Rudd, Emily VanCamp, Tom Holland, Frank Grillo, William Hurt, and Daniel Brühl.