Home MOVIES Editorials Dr. Strange and Loki: A Match Made in Mystical Heaven 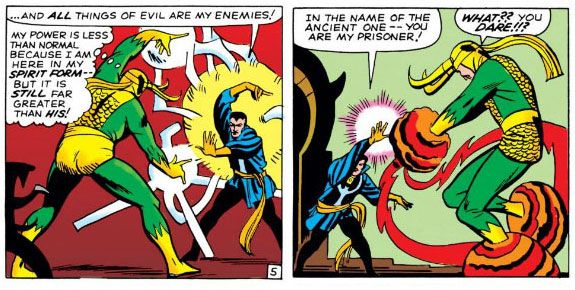 If you witnessed Marvel’s Doctor Strange, I assume you stayed for the mid and post-credits scenes. Wait….SPOILERS! In the mid-credits scene, Thor is seen speaking with Stephen. It almost reminded me of the post-credits scene in Iron Man 3 with Bruce Banner and Tony Stark. Although, where that interaction was purely fun, this meeting of the two set up Thor: Ragnarok.

As the new protector of New York’s Sanctum Sanctorum, Strange has a particular interest in Thor’s purpose there. Or more specifically, his brother’s purpose. Last time Loki was on Earth, he brought the alien Chitauri with him and almost turned NYC into a smoldering crater. So, I don’t blame Stephen for being skeptical.

At the end of Thor: The Dark World, the audience was shown that Odin was, in fact, Loki. Does Thor not know his brother had a hand in their father’s absence? Or does he know and somehow Loki lost him? Either way, Thor is dragging his brother to Earth in search of Odin.

Obviously, this means Stephen Strange will be appearing in Thor: Ragnarok. Having seen Doctor Strange this past weekend, I’m excited to see Benedict Cumberbatch reprise his role. I’m also plagued with curiosity: what will it be like having Dr. Strange and Loki on screen together?

In the first Thor movie, and along with Loki, we find out that Tom Hiddleston’s character is not Asgardian like he believed. Instead, he’s really a Frost Giant who Odin saved for less than humble reasons. I can only assume that Loki’s origins are the reason he relies on sorcery rather than brute strength that all Asgardians seem to have. And Loki is a master of his skills, more often fooling Thor and other Avengers who are usually physically stronger than him.

Obviously, Loki didn’t learn his skills the same way Dr. Strange did, but he has tricks up his sleeves that perhaps Stephen doesn’t know about. Strange can manipulate time and apparently refill beer, but Loki can shape-shift and project holograms of himself. What would it be like to have these two together?

Would Loki and Dr. Strange simply sass each other the whole movie? Or would they actually get along? Despite their differing sets of moralities, these two share a lot in common. The first, obviously, is their sorcery, but both have experienced events that have shattered their perceptions of reality. Loki’s event was finding out he’d been lied to since day one and was an adopted Frost Giant. Stephen’s was the accident that destroyed his days as a surgeon.

Battle of the Brains

There’s also their intelligence. Both men have shown they believe themselves to be smarter than those around them. Initially, Loki’s biggest issue with Thor becoming the new ruler of Asgard was he believed his brother didn’t hold the intellectual capacity to be king. In his mind, Thor was a brash brute who wouldn’t be able to make the right decisions for the kingdom.

And if you’ve seen Doctor Strange, you know Stephen is incredibly arrogant.

No matter how much Loki and Stephen Strange may have in common, they’re on opposite ends of the moral spectrum. Loki will probably be his witty self and annoy Strange. The doctor will use his powers to put Thor’s younger brother in his place. And in the end, the God of Mischief will more than likely deceive the two Avengers, because that’s usually what he does. You gotta love family, right?

As someone with a Loki tattoo, I’m excited. Tom Hiddleston and Benedict Cumberbatch will be great together on screen. And Dr. Strange and Loki will be a match made in mystical heaven.