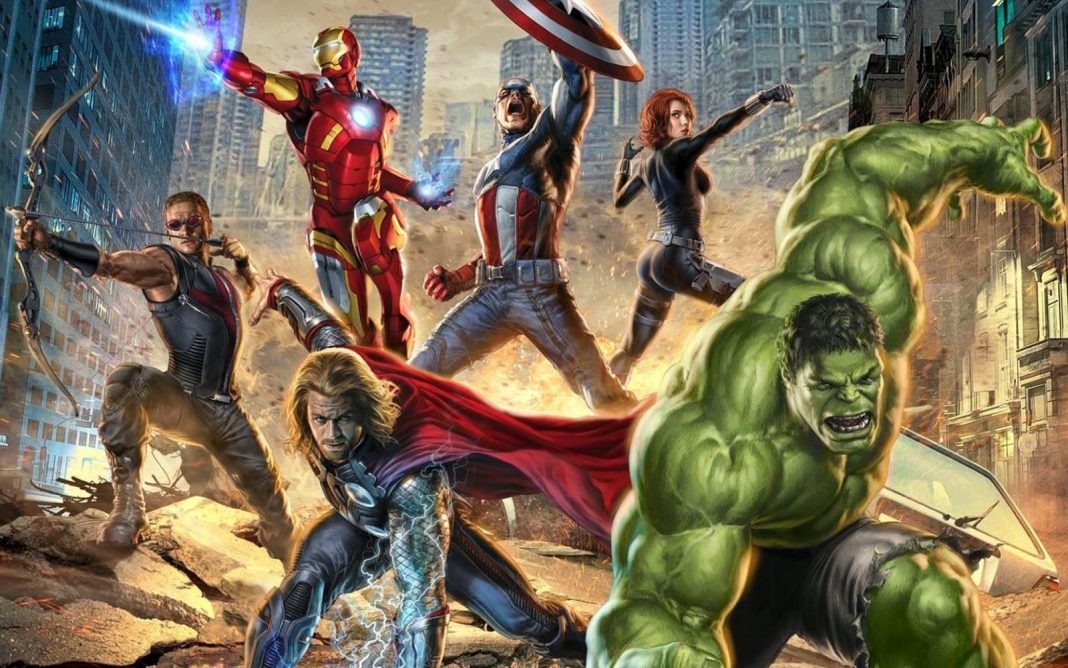 The Marvel movie post-credits scene (and mid-credits scene, of course) is a necessary Marvel movie staple. The function of such a scene (or scenes) tacked onto the end of a Marvel film is sometimes three-fold:

1. To further explain, or tie a figurative bow around the goings-on experienced in the recently completed film.

2. To tease the next chapter of a character’s story recently initiated in the completed film.

3. To continue the overarching narrative running through every cinematic Marvel property (e.g., information related to the Infinity Stones, and the terrifying space-god who might exterminate existence in order to retrieve them).

So, to celebrate the importance of the post-credits scenes and gain a more thorough understanding of the shared, Marvel Cinematic Universe — and, of course, for the sake of utter convenience — I’ve collected every single post-credits scene dangling plot-shaped carrots at the tail end of every single Marvel movie (up to and including Captain America: Civil War. And yes, I’ll update this list as more become available. DUH!).

Tony gleefully and confidently revealed himself as Iron Man, the rocketing, armored centurion buzzing over international borders and combating very personal, hostile takeovers with the use of fightin’ robots. Well, that caught the attention of Nick Fury, head of SHIELD, who is quite aware of other unique individuals who would (probably) work well together in a very reciprocal team atmosphere. Yup.

“Thunderbolt” Ross did NOT have a good experience when he attempted to bull-whip and corral the Hulk, so he’s doing his level best to mitigate such a complete and terrifying failure with some seriously toxic fire-water. Thankfully, Tony Stark is here to help assemble a team of uniquely powered individuals who can solve his “unusual problem.”

Fury wants Dr. Erik Selvig to head up a research division focused solely on the Tesseract. Selvig is very much into this, but not because of the implied, universal benefit of such an object. Nope, he’s totally pulling recon as a recently possessed pawn of Loki. Uuuuuh-WHOOPS!

This is kind of a two-fer. Firstly, Fury wants Cap on the team. It’s obvious the poor, newly resurrected super-soldier is dealing with issues of time-period adjustment, so joining up with a team of infuriating super-persons should certainly take his mind off those tear-inducing “lost years.” And then, we get an Avengers trailer. THANKS!

Two scenes in this one. Firstly, Thanos receives news of the Chitauri’s defeat at the hands of Earth’s newest band of surprisingly capable defenders.

Secondly, we get the Avengers, post-battle, eating the hell out of some shawarma. Don’t laugh. They earned it.

Well, now we know who’s been listening to Tony’s narration throughout the film. Yep, Bruce Banner, aka the Hulk, was lending an ear until, well, he fell asleep. And, to be honest, there wasn’t any quality ear-lending at all since he fell asleep…immediately.

For some reason, the more listless Thor film warrants 2 trailers. Anyway, firstly, we get Sif and Volstagg handing over an Infinity Stone to The Collector, an Elder of the Universe, for infinite safe keeping. And yes, this is teasing the hell out of Guardians of the Galaxy.

Secondly, Thor shows up and plants a thunderous smooch on Jane Foster. And then, we cut to a giant lizard. Eeeeeeee-yep.

Firstly, the mid-credits scene introducing us to classic Cap foe, Baron Wolfgang von Strucker. SURPRISE! He has Loki’s staff, and he used it to empower (translation: weaponize) the Maximoff Twins, Wanda and Pietro. They’ll be meeting The Avengers soon in Age of Ultron.

Secondly, we have The Winter Soldier sulking in the shadows of the Smithsonian Institute, staring longingly at the Captain America exhibit. The history of a certain James Buchanan Barnes has him positively mystified.

The Collector ponders the ruins of his “collection,” Cosmo the telepathic space-dog attempts consolation, and Howard the Duck questions The Collector’s acceptance of Cosmo’s said, saliva-filled consolation. Oh, and he’s not wasting any time acquiring a space-buzz.

Thanos is just going to kick the sh*t out of Earth, and The Avengers, himself. BEHOLD: THE INFINITY GAUNTLET!

Firstly, a mid-credits scene featuring Dr. Henry Pym revealing The Wasp suit to his daughter, Hope van Dyne. She will absolutely be rocking it in the forthcoming film, Ant-Man and The Wasp.

Secondly, Cap and Falcon aren’t exactly sure how to handle the dependably volatile, still a little too glitchy, Bucky Barnes. And yep, it’s a preview of the moral struggle awaiting our heroes in Captain America: Civil War.

Firstly, the mid-credits scene: T’Challa (the freaking BLACK PANTHER) grants Cap and the mind-‘effed Buckster asylum in Wakanda. From here, Cap can properly strategize and grant his Cold War compadre some much-needed healing time in cryogenic stasis. Thanks, T’Challa!

Secondly, the mood lightens, and apparently, so does Peter’s wrist as it projects an array of Spider-schematics — in spider-head form — onto the ceiling of Peter’s bedroom. This happened after he successfully consoled Aunt May regarding a recent scuffle with Steve from Brooklyn.