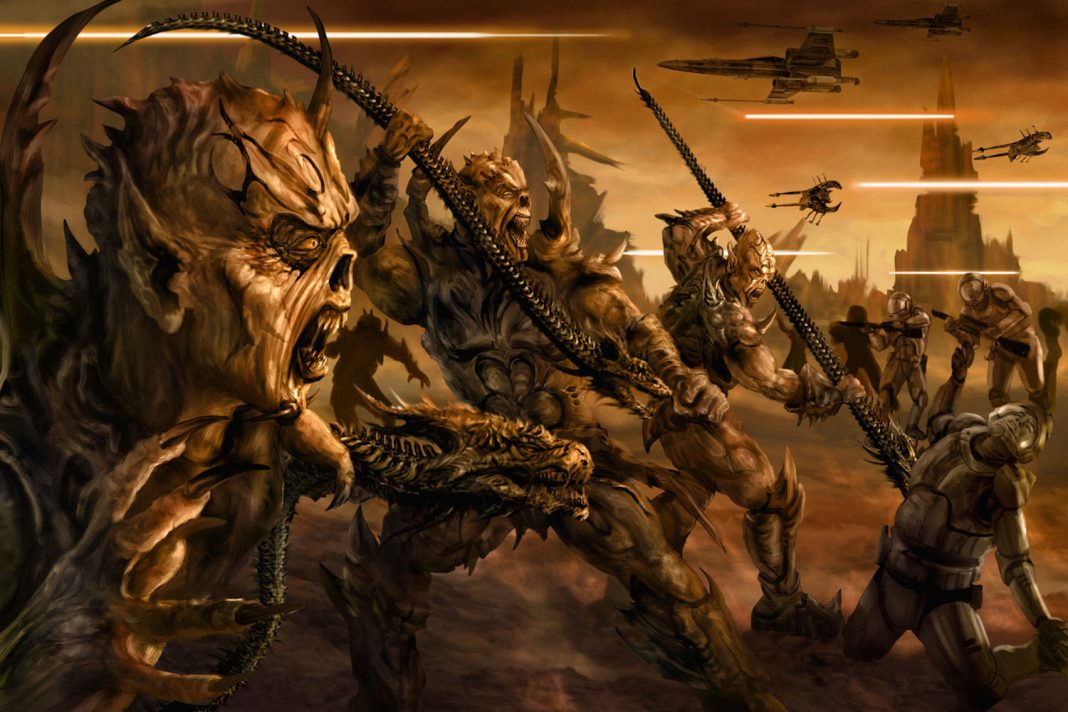 I believe Elsa said it best when she sang, “Let it go”…and that’s coming from a hardcore Star Wars fan! The ‘Star Wars Expanded Universe’ was the series of the books, comics, and video games that picked up after the end of Return of the Jedi. They covered everything from a Chiss ascendancy to lead the Empire, the Emperor running around and hiding in clones, Luke Skywalker opening up a Jedi Temple, Aliens from another galaxy showing up and declaring war on the Force and all technology, and a giant healing space cube from another dimension. Yeah, sometimes it makes me wonder why Disney decided to drop all of that! Needless to say, a bunch of dedicated fanatics have taken out a billboard in the San Francisco area that pleads for the return of the Star Wars Expanded Universe.

Well, you have to give it to them…at least they are persistent! I highly doubt that Disney would just ‘blanket-reinstate’ the previously discarded Star Wars Universe but at least they can cherry pick their favorite aspects of it. I would love to see Grand Admiral Thrawn or the Yuuzhan Vong floating around! Or perhaps even Kyle Katarn? Either way, kudos to the fans but I wouldn’t hold my breath!