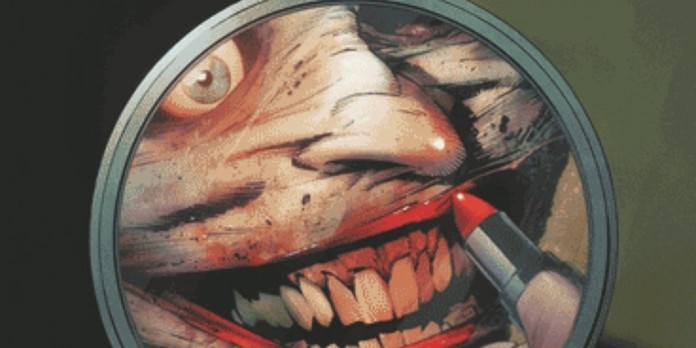 Whether you are excited or the exact opposite, Jared Leto’s Joker has been quite divisive on the cruel world known as the internet and there are plenty of rumors abound; is he the real Joker? Is he Jason Todd? We don’t even know much about the movie yet and people can’t stop talking about it! Well, thanks to some unreleased goodies from Empire, we now have a pretty good look at DC Comics’ Clown Prince of Crime!

So there you have it! Word is on the set that Jared Leto never broke character and tormented his cast members in bizarre and very ‘Joker-ish’ sorts of ways such as demanding spray painted black roses or calling people randomly throughout the day.

“There was definitely a period of…detachment. I took a pretty deep dive. But this was a unique opportunity and I couldn’t imagine doing it another way. It was fun, playing those psychological games. But at the same time it was very painful, like giving birth out of my prick hole.” Studying shamanism and listening to 1920s gospel music, Leto shared his thoughts on playing the important role. “I always get the sense that The Joker may be much older than people think. It’s something different. If you don’t break rules, you’re not going to strike new ground. I think I’ll be cooling down for the rest of my life.”

David Ayer, the head-honcho of Suicide Squad, went on to say, “The Joker is the third rail of comic book movies. There’s a power to that character, and by some freaking miracle, through the incredible things Jared has done and the photography and all the other millions of things that went into it, we’ve cooked up something transcendent. He’s scary.” Pretty sweet, eh? We also have some scanned images from Empire below with other cast members of the highly anticipated movie! Enjoy!