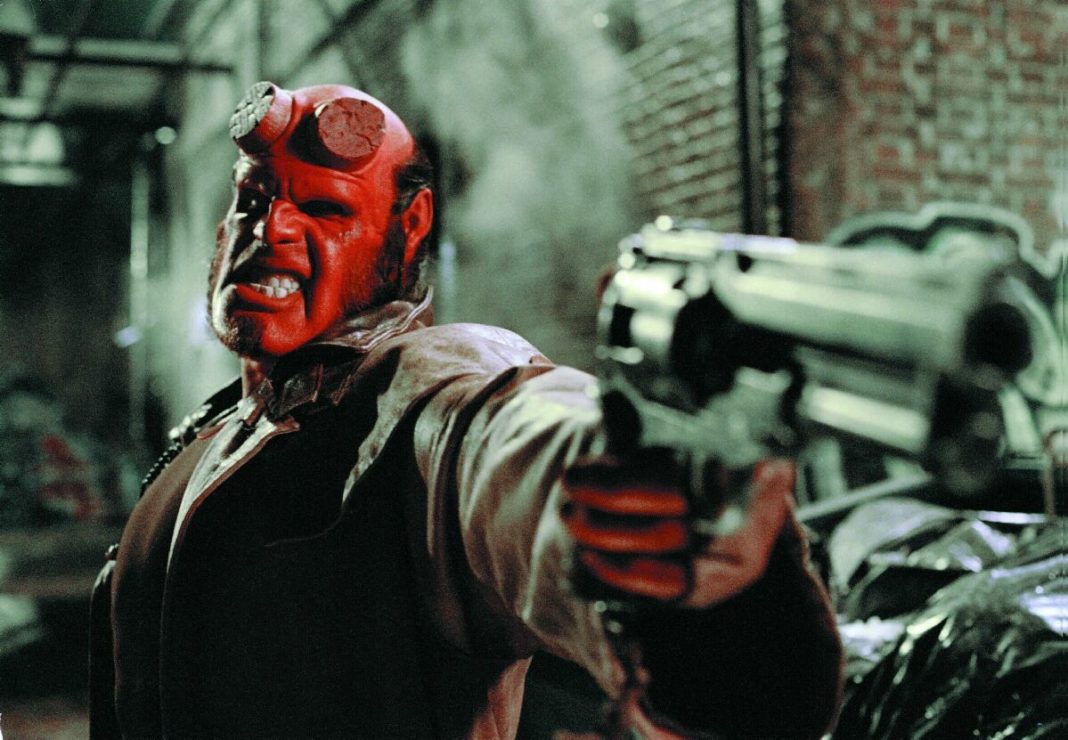 In this past decade (and a half), we have been blessed with some outstanding comic book movies like Spider-Man 2, The Dark Knight, The Avengers, and recently Logan. However, one movie released in 2004 really stood out. Not only is it an excellent comic book movie, it also has outstanding visual effects and made a name for its director. I am talking about Hellboy.

I will admit, when I first saw the preview for Hellboy back in the day, I thought it looked like a weird H.P. Lovecraft meets Men in Black movie. I was closed-minded and didn’t know why Columbia Pictures was releasing a movie based off a comic book the general public never heard of. After all, they had Spider-Man as a comic book movie franchise. Wasn’t that all they needed?

However, when I saw it opening night, my mind was blown! I remember the night vividly. It was raining out. My local comic shop, Rubber Chicken Comics in Bellingham, MA, set up a table at the movie theater and were handing out free copies of a promotional Hellboy one-shot: “The Corpse.”

I got one and thumbed through it before the show started. Boy, was I instantly hooked. It was so different from what I usually read. Back then, my comic book diet consisted of The Amazing Spider-Man, Superman, Superman/Batman, Daredevil, Ultimate X-Men and Ultimate Spider-Man. “The Corpse” was weird, but a good weird. Hellboy creator Mike Mignola instantly shot up to the top of my favorite comics talent list! I still have this comic!

Anyway, with all the great comic book movies that have been released it seems like Hellboy has been forgotten. Don’t get me wrong, the ones that are frequently on the “best of” lists deserve their place there, but it seems like this 2004 movie doesn’t get its due. It absolutely should be honored, and here are some reasons why.

It Is Visually Stunning

Some may say 2007’s Pan’s Labyrinth was where director Guillermo del Toro really got his style down pat, but if you ask me, Hellboy was where he developed it. Mimic and Blade II don’t really “scream” del Toro, but the movie about the demonic paranormal investigator has all of del Toro’s trademarks:

1. It has a ton of creepy looking monsters.

2. Colors also pop out on the screen, like they did in Pacific Rim and Hellboy II: The Golden Army.

3. And there’s always a presence of the supernatural. I can say I never saw a movie like Hellboy before.

I’d argue Ron Perlman was as vital to the Hellboy role as Christopher Reeve was to Superman, Hugh Jackman was to Wolverine, and Robert Downey Jr. was to Iron Man. He was perfect as the Bureau of Paranormal Research and Defense’s top soldier. Perlman nailed the attitude, toughness, and overall character of “big red.” It wasn’t until after I began reading the Hellboy trade paperbacks (“The Right Hand of Doom” and “Seed of Destruction” to be exact), and after I saw this movie that I realized how perfect Perlman was as Hellboy.

The Special Effects Are Outstanding

What I really like about Hellboy is how it doesn’t depend on computer generated effects for the special effects. The movie uses practical effects whenever possible. The monster Hellboy encounters in the beginning of the movie were, for the most part, puppets and a guy in a costume. Whoever did the makeup for Hellboy and whoever did the costumes deserve all the praise in the world. Not only do the special effects look real, they look spectacular.

So, if you haven’t given Hellboy a shot yet, you should definitely watch it! It’s a nice change of pace from the usual. While superheroes rule the roost in the comic book movie world today, a demon facing the supernatural forces of evil certainly stands toe-to-toe with any guy in a robotic suit or a god from another dimension! 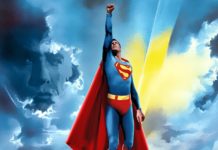 ‘Superman’ Inducted into the National Film Registry…Thanks to You!