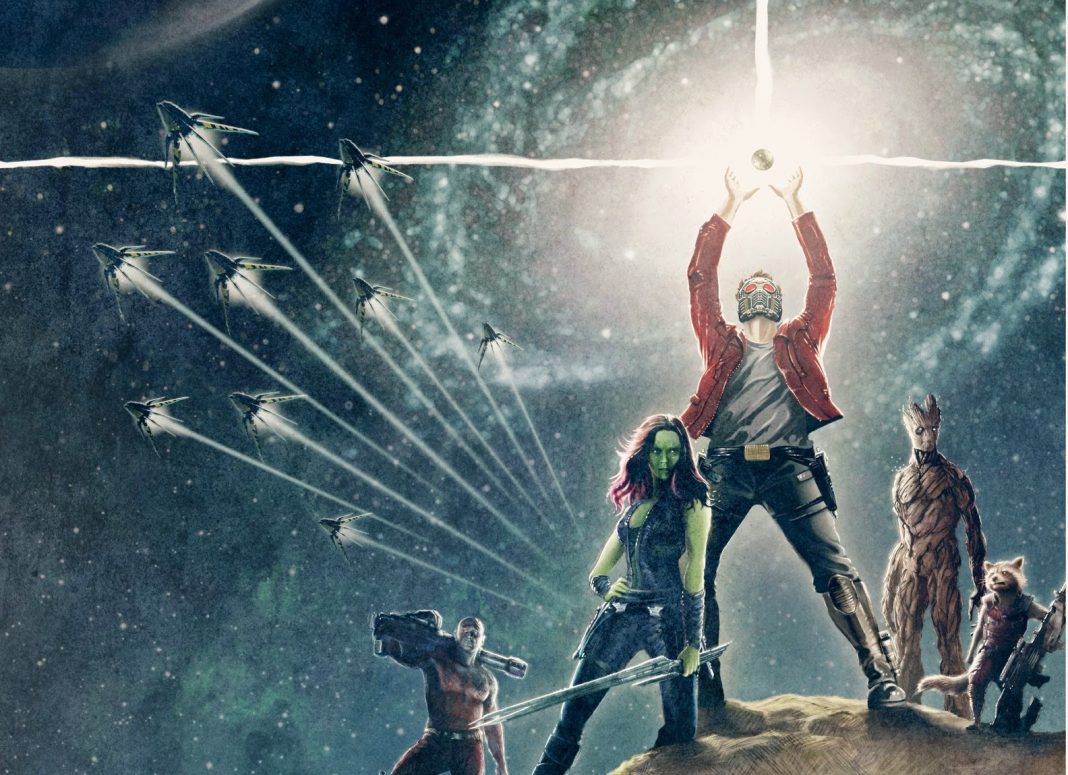 Oh, James Gunn, you rascal. I say this because the Guardians of the Galaxy (and yes, Vol. 2) director just shared some new Guardians of the Galaxy Vol. 2 concept art ahead of its debut in a forthcoming issue of Empire Magazine. So…you rascal, you! Yes, James Gunn delivered this intriguing illustration, complements of artist Andy Park, through his very own Twitter account. OBSERVE!

First digital look at #GotGVol2 concept art shared in the new @empiremagazine. Have a great week, all! #GotGpic.twitter.com/frZLH5JqjC

And here’s a slightly larger version for your viewing pleasure.

It looks like Gamora, Drax, Star-Lord, Rocket and baby-Groot are fighting some despicable, space-faring, sea cow/octopus abomination (Gunn calls it an Abilisk) in the deep recesses of…the Crab Nebula. Maybe. And it should be noted that baby-Groot isn’t fighting. At all. In fact, I would say he’s…dancing. Not sure how this is helpful. Cute as a button, though.

What’s lacking are appearances by Mantis, Nebula and Yondu. Do they arrive later, or are they waiting to see who wins in order to kill the survivors? And is this actually going to happen in the film, or is this just some snazzy bit of promotional art to get our collective GOG juices…uh…flowing?

Whatever. It’s the cat’s pajamas.