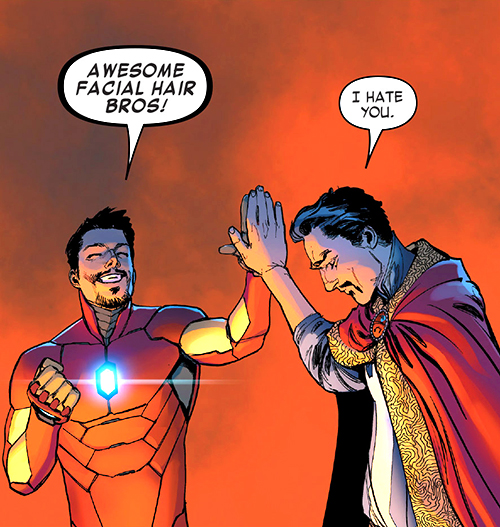 Speaking with our friends at The Vulture, Marvel Studios President Kevin Feige dished on the likeliness of some interesting and unique alliances forged in the heat of cosmic annihilation during Avengers: Infinity War. Out of all the potential alliances and team-ups inherent in an all-encompassing, perhaps universe-ending event, Feige is especially excited about one in particular: an Iron Man and Doctor Strange team-up.

“There are so many. But I would say, both because of the characters and the actors who’ve created them, Doctor Strange and Tony Stark.”

“Particularly in Infinity War and the movie after that there are … unexpected team-ups. ”

So, who else might be pairing up, grouping together, or holding each other until the world stops screaming?

Spider-Man and the Hulk?

Spider-Man and The Vision?

Spider-Man and The Defenders?

The Defenders and anyone else so they actually appear in a Marvel film?

The X-Men and the Avengers? That would be a shocker, eh?