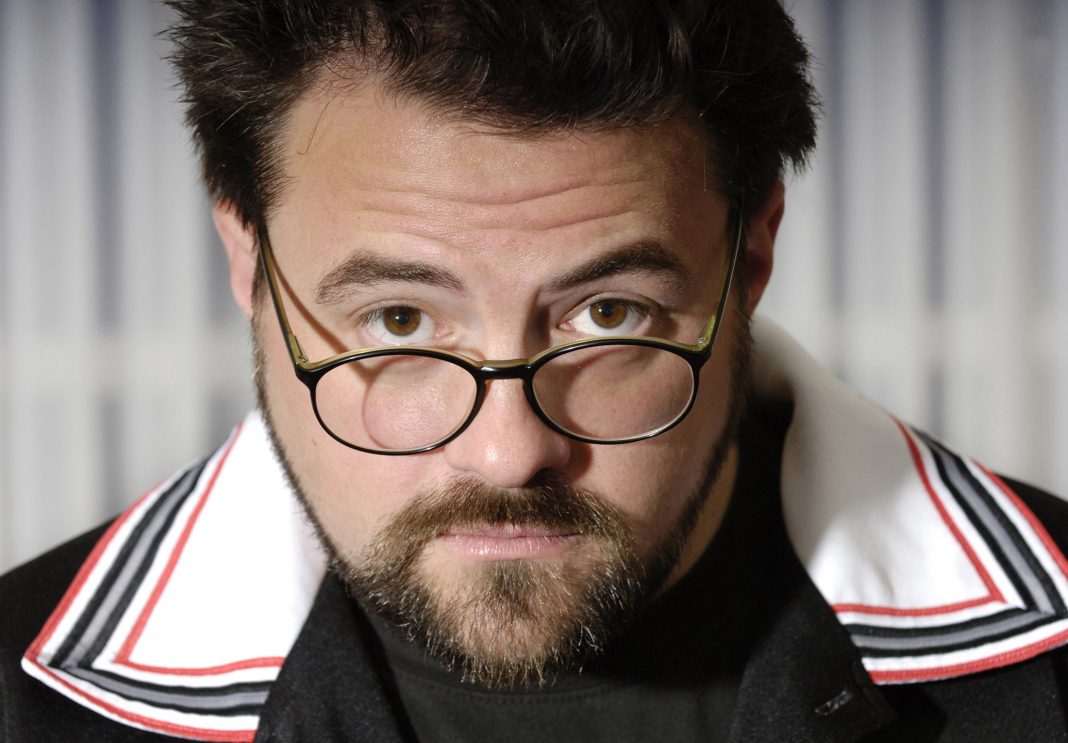 With the news coming out that the DCEU version of The Flash lost yet another director, the search is on for someone to fill in the director’s chair for the Scarlet Speedster’s solo film. Warner Brothers may go with another obscure director who isn’t well known to film fans, but there is one obvious candidate that needs to be considered.

Yes, the mind behind Clerks, that weird walrus movie Tusk, AMC’s Comic Book Men, Geeking Out and the Smodcast empire. Seriously. Give me a few minutes of your time and hear me out.

Anyone who has ever listened to any of his podcasts, especially Fatman on Batman and Hollywood Babble-On, can tell you he knows almost everything there is to know about the DC Universe. He picks up on all the Easter eggs they lay out on The Flash, Arrow, Supergirl and Legends Of Tomorrow. Sometimes, I think he knows the characters better than the comic writers at DC do!

Yeah. Which leads me to my next point.

2. Smith Has Directed Episodes of The Flash and Supergirl

Smith will also direct an upcoming episode of Supergirl, cleverly entitled “Supergirl Lives,” referencing the famously unmade Superman Lives, for which he wrote the original script.

3. He LOVES Directing Those Shows

This is what your face always looks like while working on @supergirlcw! I spent yesterday shooting with @melissabenoist & @chy_leigh as my favorite siblings on TV, the Danvers sisters. I love all the flying and punching of villains on #Supergirl… but I tune in for portrayals of sibling revelry so sincere and supportive that it really makes me feel like I missed out on something in life by not being a girl with a sister. As a huge fan of the show, seeing that dynamic on display both on & off camera yesterday was like drinking insanely good hot cocoa that warms your insides and fills you with joy. And on top of that? Yesterday was my first day shooting the Super suit! It is as glorious in real life as it looks on the show (and the cape is heavy – not just metaphorically speaking but also simply weight-wise). Me-Me and Chy-Chy brought the major feels when we were rolling but between takes they're both legit funny. It's cool watching them go from goofing around before "Action" is called to delivering dire dialogue about impending universal doom. Nice, nice kids. The whole damn crew is fulla nice, talented kids. We shot nearly eight pages yesterday but managed to wrap 40 minutes early. Tonight is Shoot Day 3 of 9- which includes watching the amazing FX and stunt folks on this show flip a speeding car! Up, up and away… #KevinSmith #melissabenoist #chylerleigh #nationalcity #vancouver #supergirlseason2

If you ever listened to any of his podcasts, he just GLOWS when talking about his time on the set of The Flash or Supergirl. Nothing but high praise for everyone in the cast and crew of the Mellisa Benoist and Grant Gustin-led shows.

4. He’d Bring a Different Tone to The Flash

Granted Wonder Woman looks a little different visually compared to Man of Steel and Batman V Superman: Dawn of Justice, Smith would bring a whole new flavor to the DCEU. You think the Marvel movies are light? Just wait until Smith gets a hold of a DC movie. There may be a three-minute debate between Barry Allen (Ezra Miller) and his best friend at the Central City Police Department about whether or not Chewbacca purposely missed a killshot on Kylo Ren in The Force Awakens.

5. He Cut His Teeth Directing and Writing Movies

Smith made a name for himself writing and directing small budget movies. Combine that with the special effects-heavy episodes of The Flash and Supergirl, and it would be an easy transition for Smith to direct a big budget comic book movie.

“Keith, you sound like a delusional fanboy. Go back to writing other listicles nobody reads.”

I will. Just one more point.

6. It Would Be a DREAM PROJECT for Him

Time and time again, Smith self-deprecates and says he wouldn’t do a good job, but something like The Flash would be a dream project for him. It combines everything he likes: comic books, movies, writing, and the DC Universe.

Smith would also have an in with his friend and old collaborator Ben Affleck, the current mantle-holder of Batman, who could cameo as Bruce Wayne checking in on Barry Allen after the events of Justice League.

So there is my argument for Smith directing  The Flash. I personally think he’d be a great choice for a director. What the movie needs is someone who understands the source material, but can also translate it into an entertaining movie. Smith could do those things. Snoogins.

Agree? Disagree? Let me know in the comments section below.