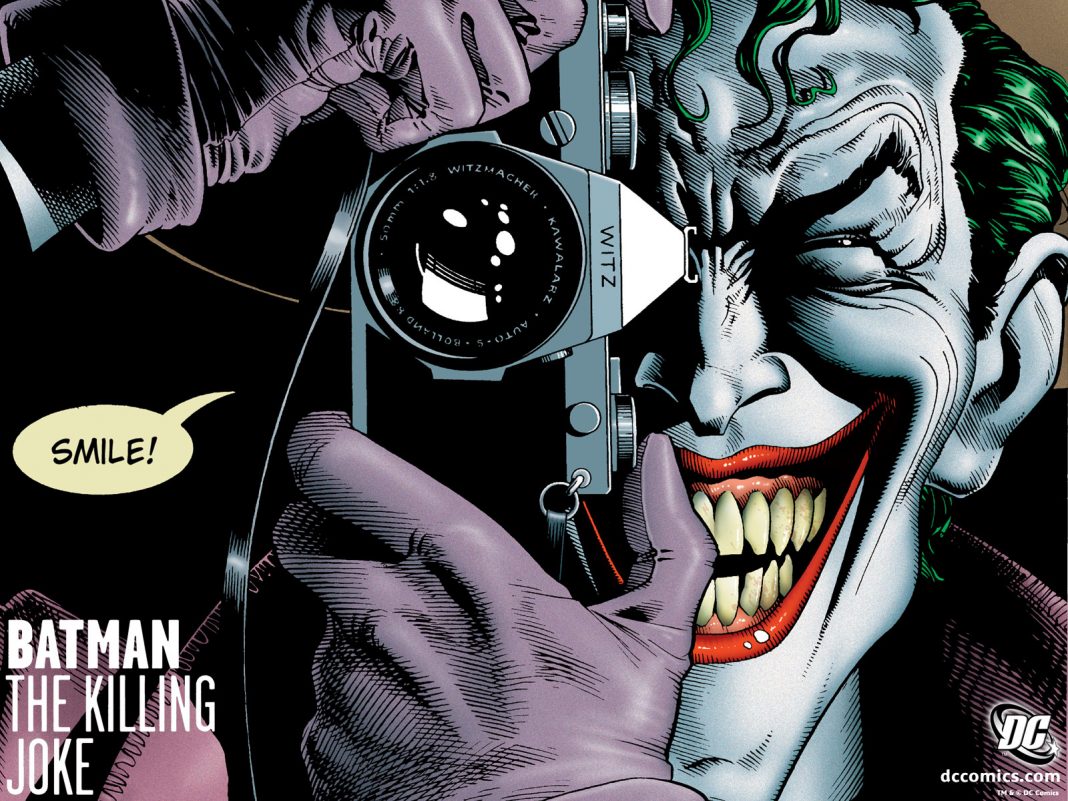 Alan Moore’s prolific Joker-centric story The Killing Joke was always considered required reading when it came to DC Comics’ Dark Knight. Lucky for us, The Killing Joke will be showing up as an animated flick. The real question is though…what will the movie be rated? Fans of the comic will reflect on the incredibly intense and violent subject matter of the book so how would they make that kid-friendly? Well, it looks like they won’t even try!

President of Warner Bros. Animation & Warner Digital Series Sam Register said, “From the start of production, we encouraged producer Bruce Timm and our team at Warner Bros. Animation to remain faithful to the original story — regardless of the eventual MPAA rating. The Killing Joke is revered by the fans, particularly for its blunt, often-shocking adult themes and situations. We felt it was our responsibility to present our core audience — the comics-loving community — with an animated film that authentically represented the tale they know all too well.” That’s definitely a good sign! If we are to see one of the quintessential Joker stories with scenes from the book, then it almost has to be an R. To even get it to a PG-13 would be tough! The Killing Joke is set to premier at the San Diego Comic Con and we can expect the DVD, Blu-Ray, and Digital releases to follow shortly thereafter…hopefully.