The holidays are just around the corner, and what better way to celebrate the warmth of the season than with something LEGO-related?

The Lego Star Wars Holiday Special attempts to do just that while offering some fan service for old and new viewers alike, and it does so flawlessly. The special follows Rey, Finn, Poe, and Rose’s not-so-epic adventures after the events of The Rise of Skywalker, and it’s a breath of fresh air.

What starts as Rey trying to teach Finn the ways of the Force ends with a deeper understanding of friendship and family, all with hilarious misadventures along the way. Time travel is always a tricky thing to address no matter what the medium, but if you execute it with the humor that LEGO is famous for, then you’ve got something timeless and priceless that’s perfect for the holidays. I mean, where else will you be able to see all the different versions of Obi-Wan, Anakin, and Luke Skywalker all in one film? 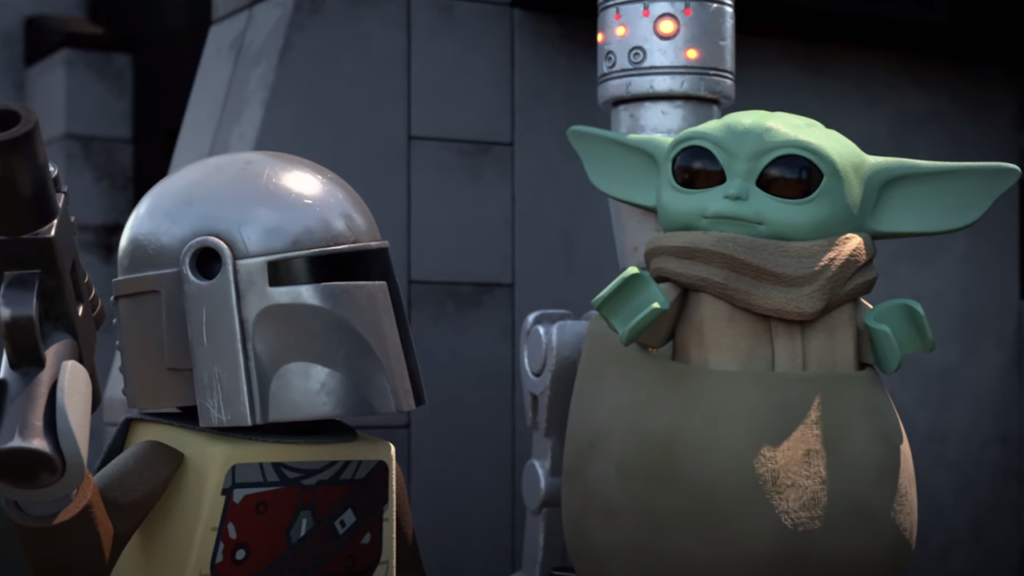 As Rey spends Life Day trying to unlock the secrets of a far-flung Jedi Temple, she instead travels through time in an intergalactic mistake that turns the timeline of her world topsy-turvy.  She meddles with the past in Luke’s X-Wing, drives a wedge inadvertently between Darth Vader and Emperor Palpatine, and drags a whole bunch of dudes from The Mandalorian with her through time (Darth Vader and Rey gushing over how cute the Child is is just priceless).

It’s a hilarious ride that doesn’t take itself too seriously, and there are so many Easter eggs in every single scene. Plenty of wink-winks are blink-and-you-miss-it little treats, so even though The Lego Star Wars Holiday Special isn’t canon, it’s still a rousing good time.

For instance, I particularly enjoyed how Yoda tells Luke Skywalker that there are no participation trophies for Jedis with regard to trying, and how Vader gave Palpatine a mug that says “Best Emperor”, to which he replies that he’s the only emperor in the galaxy. When Vader stumbles upon a young Luke, he exclaims, “My son! I mean…my, these binary Suns, um…sure are hot.”

We got a glimpse of Anakin Skywalker exclaiming that he hates Obi-Wan during that iconic duel, and Obi-Wan Kenobi says, “Careful, Anakin. Anger leads to hate, and hate leads to—”

“I know what it leads to!” Anakin retorts.

Plus, there are tons of jabs and overall meta-ness, like Jar Jar’s senate speech, Han and Greedo, and Kylo Ren’s shirtlessness, as General Hux stammers, “Supreme Leader, we’ve prepared the shirts, I mean, ships to head to the pectoral locations. Platoon! Platoon locations across the midriff. Rim! For the navel—navy! You know what? I’ll come back later.”

Add all that to the fact that Kelly Marie Tran, Billy Dee Williams, and Anthony Daniels reprise their roles in the Star Wars universe and you’ve got something that both kids and adults will no doubt rewatch over and over again every time the holidays roll around.

So, if you’re looking for a little Star Wars cheer this season, The Lego Star Wars Holiday Special is your best bet!