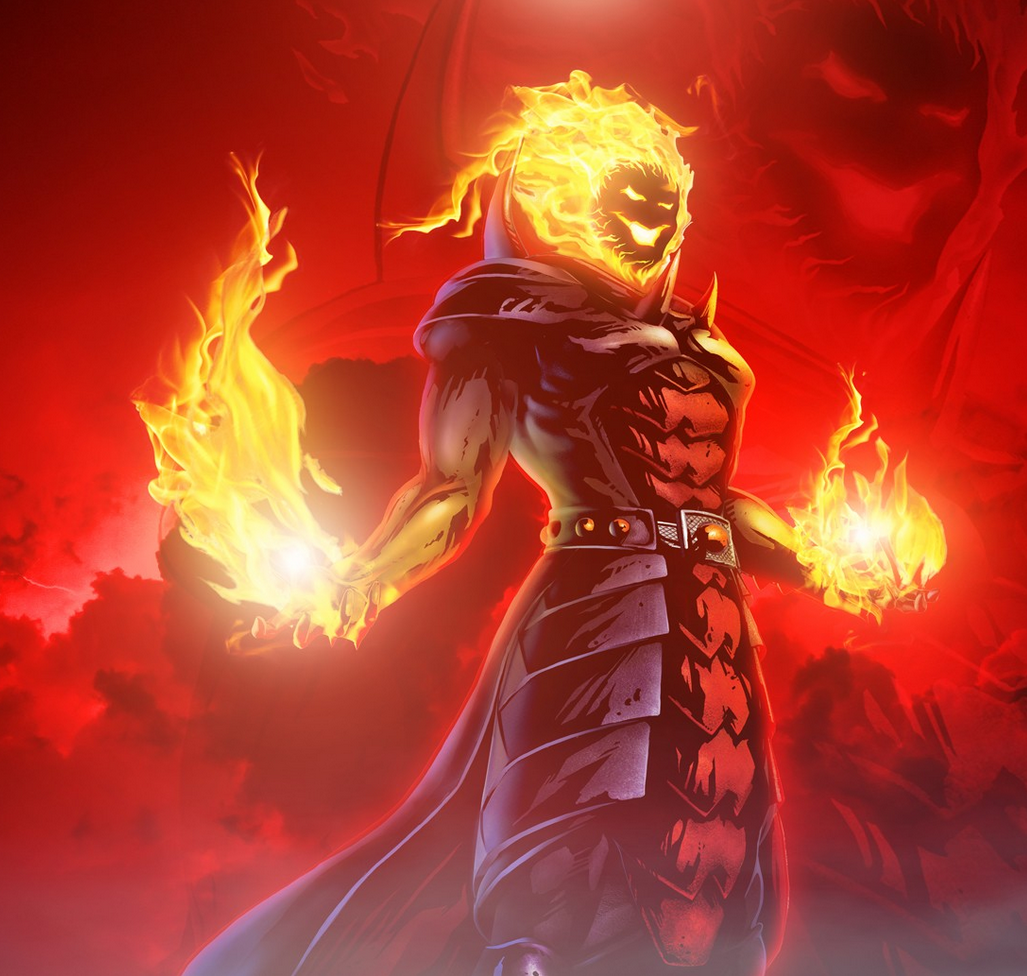 Well, we’re finally getting a look at Marvel’s next great hero, DOCTOR STRANGE!!! Set photos have made their way online and now, for the first time, we are in the presence of the film’s mysterious main villain played by the amazing Mads Mikkelsen. But just which villain is Mikkelsen portraying? Well, let’s try to guess the name of Doctor Strange’s movie villain together and maybe…just maybe… we can figure it out!

Oooh… take a look at those eyes.

Marvel has been extremely tight-lipped regarding ‘The Sorcerer Supreme’s’ theatrical debut. That has been especially true regarding Mikkelsen’s role. Marvel Studio President Kevin Feige said the studio would like to conceal his identity until the film debuts, and Marvel has emphatically stated that, so far, no one has properly guessed Mads’ mysterious character.

Despite only having a small glimpse of Mikkelsen on the set, it’s time to take a stab and try to unravel the mystery of his Doctor Strange character. So without further ado..

Here are three roles that Mads Mikkelsen could be playing in this year’s Doctor Strange.

Let’s begin with the character that has gained the most traction: Dormammu. Probably the most iconic Doctor Strange villain, he has been battling Stephen Strange since the 1960s. Since Mikkelsen’s casting was first announced, fans have speculated that he would be playing the demonic alien ruler of the Dark Dimension. For anyone who watched the extremely underrated Hannibal, you can easily see a connection between Mads’ Hannibal Lecter character and the Dark Matter manipulator, Dormammu. So there you have it; it’s a perfect fit: Mads is Dormammu.

However… take a look at Mikkelsen again.

There’s definitely something missing, and it’s Dormammu’s flaming head. It’s his signature look, and even if this is an early incarnation of Dormammu, fans will not be happy if the character doesn’t resemble his comic book counterpart (Exhibit A: Doomsday). There’s also the fact that everyone seems to think Mikkelsen is playing Dormammu, and Marvel has said, repeatedly, that no one has guessed the character correctly. While this could be a ploy to trick fans into thinking they got it wrong, I’m going to take Marvel at their word and believe they are saving Dormammu and his dark powers for a future Doctor Strange movie.

So if Mads Mikkelsen isn’t going to be Dormammu… then who else could it be?

That’s right; he’s another demon. But typecasting is commonplace when you’ve played a character who at times looked like this…

So what makes Mephisto any different from Dormammu? Well not much, really; they both have their basis in magic and rule their own dimensions. The difference here is you probably have more leeway in manipulating Mephisto’s image. Despite his psychedelic eyes, Mikkelsen’s look doesn’t exactly scream “Demon.” Perhaps he is possessed (even though that’s not one of Mephisto’s central powers). While taking away Dormammu’s flaming skull would draw rage, getting rid of Mephisto’s devil-inspired look and trading it in for one similar to Strange and Baron Mordo may work out a little better in Marvel’s favor

Mephisto’s potential involvement hits a snag when the question of ownership is breached. Who exactly owns his rights? Sure, he has a history with the Guardians of the Galaxy and Asgardians (THINK OF THE CROSSOVER POTENTIAL!!!), and Mephisto first made an appearance in Silver Surfer #3. But with Fox holding the rights of the Fantastic Four (including The Silver Surfer character), Mephisto might be an intriguing villain stuck with Marvel’s movie competition.

Still, that’s alright, because there’s one more character that Mads Mikkelsen could bring to the Silver Screen.

Here’s where things get awesome. As we enter Phase 3 of the MCU, we need to keep building the bridge to Thanos. That train can keep rolling by introducing a new Infinity Stone, THE SOUL GEM. Trapped inside is Magus, the evil-incarnate form of Adam Warlock (you might remember seeing his cocoon in Guardians of the Galaxy). Now, we normally see Magus with a certain purple hue, so with that in mind, taken another look at those eyes. There seems to be a nice shade of purple under that cracked skin.

Am I looking too much into Mads eyes? Probably.  But consider this: in the comics, the Magus is resurrected at one point by the Universal Church of Truth. Now in those Doctor Strange set pics, we see other people with eyes similar to Mikkelsen’s. Could they be followers of the Universal Church of Truth? Is a main fight scene in Doctor Strange centered on Strange and Mordo fighting Intergalactic Religious Zealots? I sure hope so.

By unleashing Mikkelsen as Magus, you are also connecting Doctor Strange to other MCU franchises.  More Importantly, Magus is central in the Infinity Wars comic storyline, and if he plays a part in the MCU’s Infinity Wars, you’re going to want to introduce him before Part I even hits theaters in 2018.  Let him be resurrected in Doctor Strange, come into possession of the Soul Gem, and then set out of find the rest of the Infinity Stones until the Avengers need to reassemble to stop him.

Plus, if Mikkelsen is Magus, and he does get worked into The Avengers: Infinity Wars, it means we get more Mads… which is never a bad thing!!!

So what do you think? Will Mads Mikkelsen play a character like Magus? Or is Marvel playing us for fools and really he’s been playing Dormammu all along? Only time will tell… I mean, we haven’t even had a trailer yet. If all goes Marvel’s way, we won’t get an answer until Doctor Strange hits theaters on November 4.