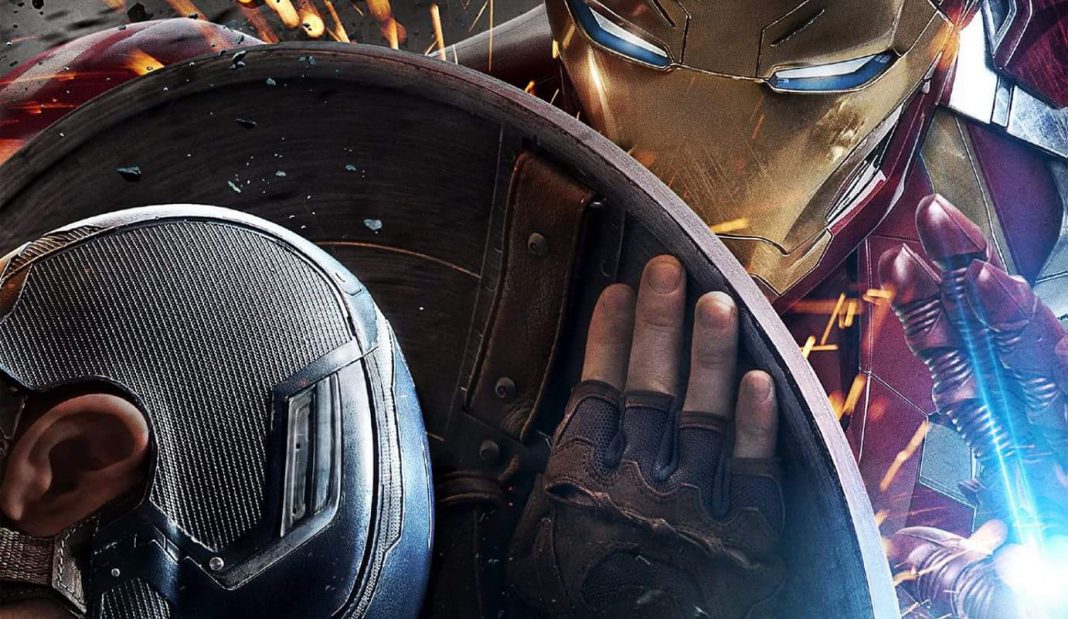 Check out My Captain America: Civil War Review [WITH A VERY MODEST SPRINKLING OF SPOILERS]!

Well, it must be May because Marvel just kicked my ass again.

It seems the month of May is the destination point for Marvel’s biggest film of the year, the film that signals the official arrival of the summer movie season. One of these years, Marvel Studios is going to deliver a disappointment, a dud that doesn’t meet the high standards the studio has set for itself again and again and again. I am happy to be here to tell you that Captain America: Civil War is not that film.

Now, those of you looking for a similar story experience to the comic book version of Civil War will need to look elsewhere. While there are a few thematic beats and visual homages to the comic event, the film Civil War is certainly its own thing.

The inciting event of the film takes place in Africa during a battle with the returning Crossbones. One of the Avengers causes the deaths of some bystanders while trying to save Captain America and we are off. The catastrophe draws in T’Chaka, King of Wakanda and his son T’Challa and I’m sure you can guess where that goes.

I’m not going to beat you over the head with a plot recap. It would spoil it for you and it would probably take me longer to write than you to watch, but let’s just say this: Captain America: Civil War balances a boat-load of plot points and characters and somehow keeps the film a very pure Captain America story. It’s not “Avengers 3” minus Thor and Hulk; it is a definite thematic sequel to the other two Cap films as Marvel completes what is arguably the most solid cinematic superhero trilogy of all time (I think that judgment depends on what you think of  Dark Knight Rises).

As I said, the plot is busy but not bloated. The stakes are highly personal and get more personal as the movie roars on. It is loaded with action but also very subtle with earnest character beats. Many of the perennial Avengers are changed by the film; by the time the credits roll, new directions are established for Vision, Scarlet Witch, Falcon, Hawkeye, Ant-Man, Black Widow, Iron Man, and Cap himself. The film also executes a very somber change for War Machine. None of these characters are left untouched by the Civil War.

The most impressive element of Civil War is that neither Captain America nor Tony Stark is wrong. Their individual stances are completely understandable as both men assemble teams to fight for the accords that would put the Avengers under control of the United Nations. Meanwhile, Black Panther is on a solo quest for vengeance that aligns him with Team Iron Man. Each hero must face his or her own moral compass and take action against people they care about. It’s sad to watch, and in this era of fractured American values, it is apropos of the times. But these beings are heroes and this Civil War is not one that is happily entered into as every blow and every blast is one of palpable reluctance.

But there is a villain in this film- Baron Helmut Zemo, and this is the character that Marvel took the most liberties with. I miss the pink mask and super-glue too, but Zemo’s motivations are tragic and speak to what living in a world with gods, monsters, and robots could cost an average human being. Let’s just say that the arrival of Ultron led to some casualties, casualties that are the powder keg to Civil War. The Zemo, Cap, Winter Soldier conflict is the core of the film with all the other heroes being drawn into Zemo’s machinations. Zemo is a master planner and a schemer of the highest order, and while he is tragically non-descript as a villain (David Bruhl does deliver a killer performance, but there’s no zing to Zemo…but maybe, that’s the point), Zemo’s motivations set him apart from the Red Skull and Loki. Purists might be bothered by Zemo’s normalcy, but he is the film’s pivot character.

Zemo might have been thin of visual personality, but there was still plenty of eye candy and conflicts. Watching Cap versus Tony is heartbreaking as all the smaller conflicts that have been simmering since Avengers boil over into an intensely personal battle, one that becomes even more bitter when Zemo plays his stunning ace in the hole.

The film is not perfect by any means, but the earnestness of the story really dilutes any quibbles. The huge airport battle is completely unnecessary to the plot as the film’s final act could have happened without the battle. James Rhodes was the only character that underwent any significant character change, leaving War Machine in a very interesting place. Really, the entire sequence reminds me of Destroy All Monsters. Remember how each of the major and minor monsters arrive one by one to do battle? The airport battle is plotted the exact same way. This is where most of the film’s laughs take place as the whole thing is just a Marvel fan’s dream come true. Everyone has their time to shine as heroes trade blows and quips with heroes. But really, the stakes seem low until the very last few seconds of the fight. All that being said, and overindulgence aside…..Damn, is the airport battle fun.

The high stakes come in the third act which sees Cap and Bucky against Iron Man in an incredibly personal battle. If you’re a Marvel lover, you’ll all but beg the heroes to stop fighting. It’s that strong and tragic. This last conflict really makes the film as everything coalesces very nicely in one final passion play that changes the Marvel Universe.

And speaking of the Marvel Universe, it just got a bit bigger with the introduction of Black Panther and, what’ s his name again? Oh yeah, Spider-Man! Chadwick Boseman is born to play T’Challa. The film does an absolutely perfect job stylistically defining Black Panther and his ability set. When he jumps and fights, he is completely silent as the film’s score treats the viewer to a chorus of jungle drums and wood winds. T’Challa is regal and in complete control even when he is driven by a need for vengeance. The film also introduces some key Black Panther supporting players as Civil War sets up the 2018 Black Panther film.

As for Spider-Man? Yeah, it’s Spider-Man. Like Wonder Woman in Batman V Superman: Dawn of Justice, Spider-Man is shoehorned into Civil War, but man is it a blast. Seeing Tom Holland playing Peter Parker is like seeing Spider-Man appear on the silver screen for the very first time. He has that Parker earnestness and, also for the first time, that “full Monty” of Spidey humor is on display in a film. It’s going to take a while to get used to the beauty of Marisa Tomei as May Parker, but hey, times are changing. Marvel has the Spidey formula down which bodes well for 2017’s Spider-Man: Homecoming.

But even with these two newcomers, even with the tacked on hilarity of Ant-Man, even with the blossoming and well-handled relationship between Vision and Scarlet Witch, even with a comical, grudging alliance between Falcon and Winter Soldier, and even with shocking revelations regarding Tony Stark’s past, Captain America: Civil War is a Cap and Bucky story for the ages and it never loses the focus of that purpose. This is a film about morality, justice, sacrifice and idealism as heroes clash. Somehow, everyone’s point of view is well thought out as no hero acts immoral in any moment of the film. Sometimes it’s hard to watch these characters that have become so dear go at each other so intensely, but by the time the credits roll, the Marvel Universe is in a very interesting place.

While not as perfect as Captain America: Winter Soldier, Civil War somehow takes an unwieldy cast and gives Marvel fans an intense experience that sets the stage for an even grander future. Most importantly, all the heroes that fight and struggle in this film remain heroes as idealism still exists in the Marvel Universe.