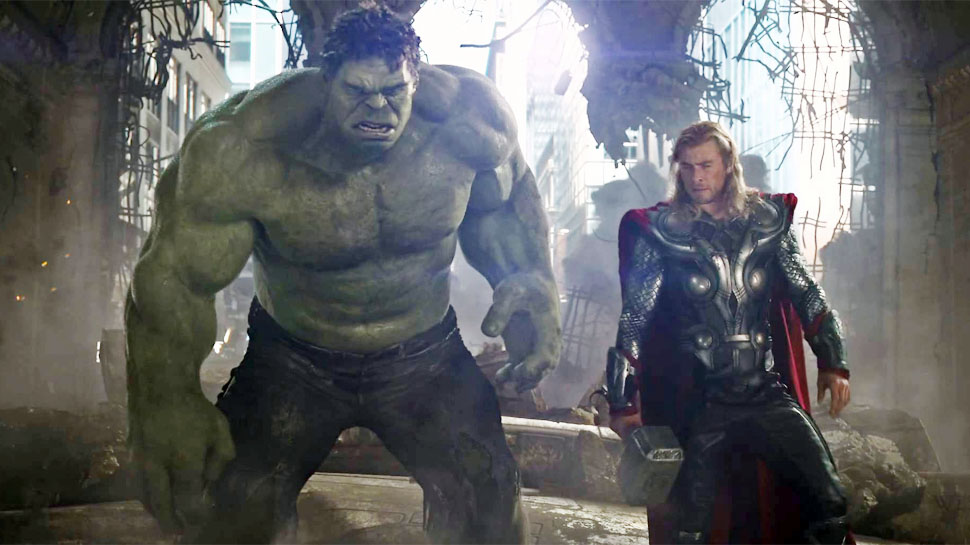 Ever wonder what happened to the Hulk at the end of Avengers: Age of Ultron? When we last saw him, the Hulk was piloting a jet to…somewhere! Where do you think he went? Hawaii? Easter Island? Ireland? Australia? Well, that last one might be a little closer to the truth than one might expect. If you have been paying attention then you may have noticed that the Hulk somehow managed to make it all the way to Asgard! Wait, what? Yes, that’s right…the Hulk is set to appear in Thor: Ragnarok and will play an integral part. Many people believe that we will be seeing a lose adaptation of Planet: Hulk but we will have to wait and see! In the meantime, Mark Ruffalo has taken to Twitter to show off. What is he showing off? How about some sweet Hulk Fists!

Hello from the set of #Thor3! As you can see, I’ve got my hands full. It ain’t easy being green….@thorofficialhttps://t.co/PnYTnX8n96

Whoa! Those totally beat the hell out of my Hulk Fists. Perhaps we can look forward to seeing another rousing volley of Hulk Fists for our amusement. Ah, I know! We will be able to get one of those sweet puffy sumo wrestling body suits as a result of the Hulk. One can only hope, right? It definitely looks like they are having fun in the above short clip and many are expecting a slightly different tone than the first Thor movies. Guess that is to be expected when the director is best known for a vampire mockumentary named What We Do In The Shadows.

Thor: Ragnarok smashes into theaters on November 3rd, 2017 and stars Chris Hemsworth as the mighty God of Thunder Thor, Tom Hiddleston as the mischievous Loki, Idris Elba as the all seeing Heimdall, Anthony Hopkins as the All-Father Odin, Cate Blanchett as the ruler of the underworld Hel, Tessa Thompson as the butt-kicking Valkyrie, Jeff Goldblum as the pleasure-seeking Grandmaster, Karl Urban as the fearsome Skurge, and of course Mark Ruffalo as the Green Goliath Hulk!