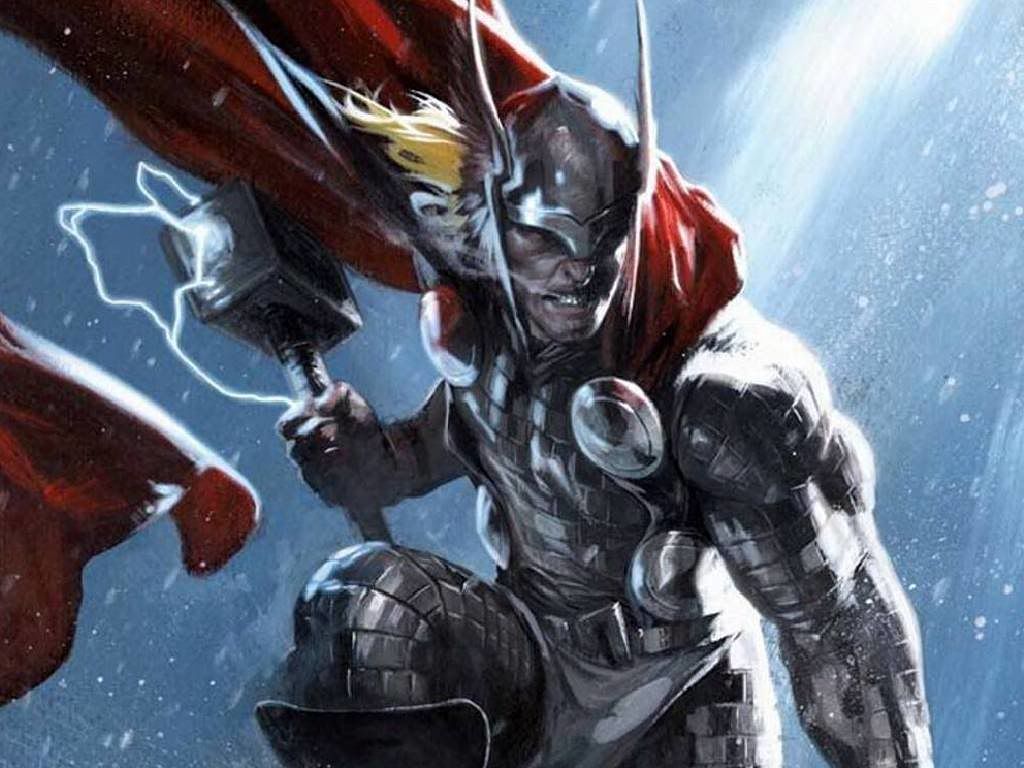 The more you hear about Thor: Ragnarok… the better this movie sounds. I mean, it’s going to be directed by Taika Waititi, the man responsible for last year’s surprising comedy hit, What We Do In The Shadows. Then we heard from Mark Ruffalo that The Hulk was showing up, teaming with Thor in a Marvel “road trip” style movie. Just shut up and take my money already.

However, now we’re learning that Ruffalo may have dropped his biggest spoiler yet. So, let this be your warning: a potential spoiler is coming up!

In talking with Entertainment Tonight, The Oscar-nominated Ruffalo seemingly confirmed that fellow Oscar nominee (as well as a two-time winner) Cate Blanchett will be coming to the MCU… serving as the antagonist in Ragnarok.

“I’m so thrilled. I saw her at the Governors’ banquet here and heard that maybe she was circling, they were talking to her about the part, so I ran up to her and I was like, ‘Please, please, please make this work’… She’s just one of the best, and to have her play a baddie is going to be really exciting.”

Straight from Bruce Banner himself. If this is true (and Marvel has yet to confirm anything), Blanchett would immediately bring a certain gravitas to Marvel’s Norse world. She is currently up for best actress at this year’s Academy Awards for her work in Carol, having previously won the award for her work in Blue Jasmine (she also has a best supporting actress for The Aviator).

The biggest question coming from this news is, “Who will she be playing?????” When we last left The God of Thunder, his brother Loki disposed of Odin and claimed the throne of Asgard in disguise. And let’s not forget Thor’s vision in Age of Ultron; it showed everyone he cared for suffering in hell (or maybe they’re in ‘Hel’). That has led to speculation that Blanchett will be portraying Hela.

Hela is the Norse goddess of death, the ruler of Hel and the realm of Niflheim. One of her powers is reincarnation, which could be important if one of our Avengers fails to make it out of Civil War. How Hela would play into Ragnarok is anyone’s guess. Maybe she is watching over Odin? Perhaps holding the soul of Hera hostage? Hela is a long-time opponent of Thor and it would make sense for her to appear. But if I could get my way, there is another role I want Blanchett in.

Death. Let’s really get weird here and let Cate Blanchett play the living embodiment of death. You can take liberties with the origin here (as the Marvel Cinematic Universe has done before) and have Death rule Hel. It would make sense for Loki to fear a being that is nothing but desolation. Plus, it also gives us a solid connection to Thanos.

Remember, Thanos doesn’t love death… he’s “in love” with Death. Who can forget the after-credit scene in The Avengers and that particular line of dialog offered by one of Thanos’ servants.

“To challenge them (The Avengers), is to court death”.

By letting Death have interactions with The Avengers, maybe assisting them in their “Road Trip” journey, we can have the first steps in getting Thanos involved in the upcoming Infinity Wars.

In the end it doesn’t matter who Cate Blanchett is playing, because just getting someone with her talents involved is a win in its own right.

Thor: Ragnarok hit theaters November 3rd, 2017. The third installment is directed by Taika Waititi and brings back Chris Hemsworth as Thor: The God of Thunder. Tom Hiddelson returns as Loki and Mark Ruffalo joins the cast as Bruce Banner/Hulk.