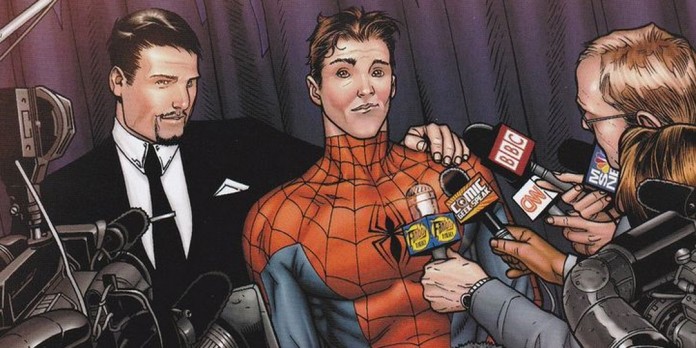 With Captain America: Civil War coming out in theaters by the end of the month, it’s time to get over Batman V Superman and focus on a superhero showdown that the Marvel Cinematic Universe has been building up to (and yes, the whole thing with the Infinity Gauntlet soon, too). We all have our personal faves when it comes to Steve and Tony, but for the sake of argument, let’s break down their teams and figure out if it’s an even match.

Captain America is, of course, the all-American solider we know we can always count on when things get rough. This time, being against the Superhuman Registration Act, he’s raising a few questions and causing people to take sides. That handy super-soldier serum plus the colorful vibranium shield are already formidable as they are. And then you’ve got BFF Bucky, who’s just like Cap when it comes to the enhanced abilities on top of a vibranium arm. That’s Cap times two, guys.

Falcon is a highly skilled ex-soldier with flight capabilities, and while his harness can render him kinda useless if it gets damaged, he can still put up a good fight (but maybe not against Ant-Man). We’re not quite sure what he can do with the Redwing yet, but it’ll probably up his chances of going against the big guns on Tony’s side.

Hawkeye is, honestly, not someone we’ve seen being super-awesome in the past few movies, so here’s hoping he gets more screen time in Civil War. But then there’s Scarlet Witch, who can pretty much do anything. Seriously. If only they’d make her as powerful as when she altered reality with that, “No more mutants” trick in House of M just because she felt like it, then there probably wouldn’t be two factions at war here in the first place. She can just wipe everything out with a single thought, really. But since she’s pretty limited in the Avengers films, let’s just take it as it is (and leave the character inconsistencies to Marvel and Fox).

Still, those psionic abilities make her a force to be reckoned with, and if you add that to the great Ant-Man (who’s now supposedly able to grow into Giant Man), then Cap’s team can be kinda overpowering. Or is it?

Okay, so aside from Iron Man himself practically being a walking arsenal of weapons, he’s got the Iron Legion, and a beefed-up War Machine on his side, too. There’s Black Widow who’s terrifying because you’re never quite sure if you’re being played or not, and then there’s newcomer Black Panther:

His outfit is a vibranium weave, so imagine Cap’s powerful shield on his actual body all the effing time.

Let’s not forget Vision, though. If you ask me, Jarvis’ awesome sarcasm should be enough to annoy all opposing teams to death, but then there’s that Mind Gem. And we have to mention his uber-worthiness, being able to lift Thor’s hammer and even wield it with a mean swing as in Age of Ultron. So. Near invulnerability plus oh-so-worthiness? So much win. But here’s the game-changer, though—your friendly neighborhood Spider-Man

He’s on Tony’s side for the most part, but in the comics, he eventually defects to Cap’s side when Tony goes too far in dealing with anti-SRA folks. Can we expect the same thing in Civil War?

By definition, a civil war is an internal dispute with different ideologies and you can’t really tell what’s black and what’s white. Both sides will always suffer losses, so it’s hard to tell who the clear winner is. If we follow the comics, though, we all know that a certain very important someone dies, resulting in a devastating loss for the team. But will the movie stay faithful to its source? Rumors have been floating around that they’ve filmed multiple death scenes and haven’t decided which one to use for the final cut just yet, but the body count supposedly includes Captain America himself, Falcon, War Machine, and Scarlet Witch.

Which casualty do you think it’ll be? Right now, it’s anybody’s game, so before the movie comes out this month, ask yourself: whose side are you on?