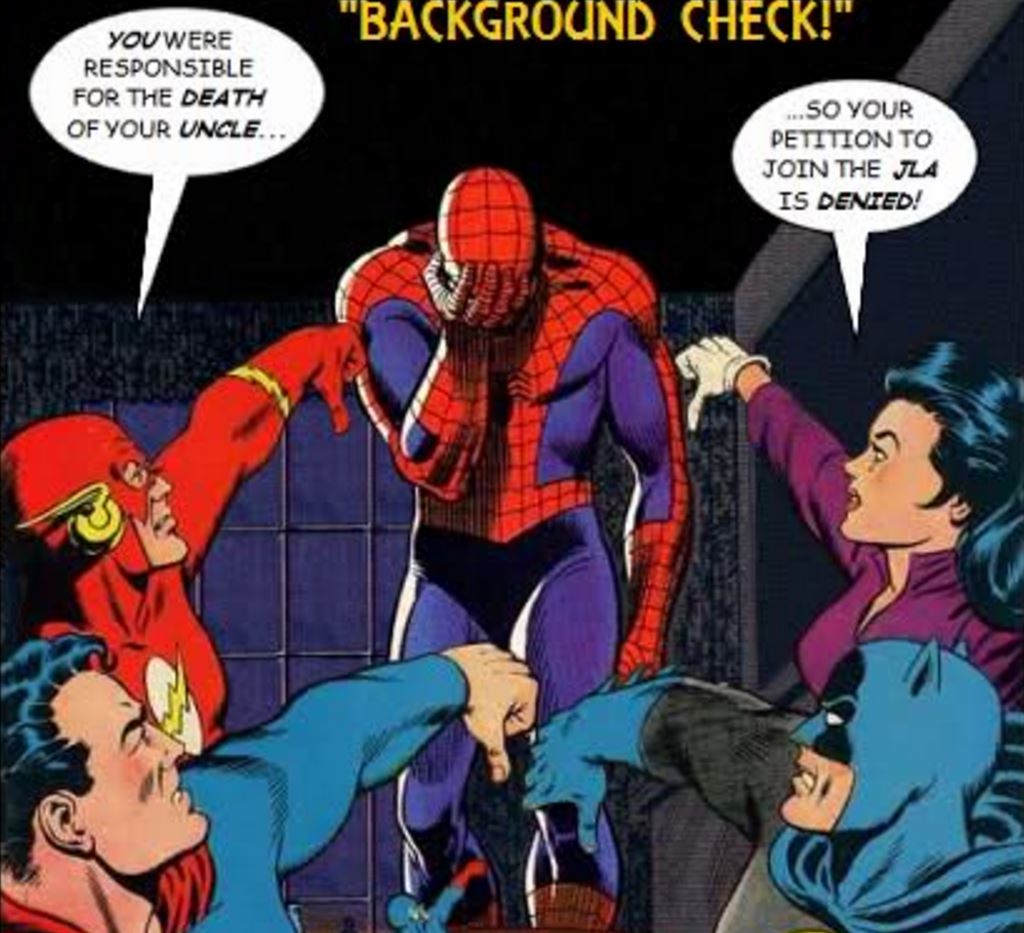 This past week, the movie trailers for both Justice League and Spider-Man: Homecoming dropped online and took the net by storm. The former gives fans a sneak-peek at what to expect for DC’s first official team-up movie while the latter gives a closer look into Marvel Studios’ first crack at the webslinger. While both are great trailers, one is just more entertaining. Let’s examine the evidence.

Strengths: What’s that? Some levity in the DCEU?!?? It looks like Snyder and company listened to the criticisms pointed at Batman V Superman regarding its unrelenting humorlessness and applied some joviality to Justice League. Glad they didn’t go with an extreme level of humor and make it a flat-out comedy instead.

The pacing is good and I like the use of Junkie XL and Gary Clark Jr’s cover of “Come Together.” I also like the fact they don’t give too much of the plot away. The little glimpses we see of Commissioner Gordon (JK Simmons) and Mera (Amber Heard) are just enough to wet our appetite!

Some may be asking, “Where’s Superman?” Well, the resurrection of Superman is obviously Plot B of Justice League. I imagine that will get its own trailer around July when Comic-Con comes around.

Weaknesses: Not saying they need to spoon feed us everything about the movie, but a little more context about the plot would help. Not everyone knows what a Parademon is. And what is a Motherbox? Are they connected? What does it all mean? I know the final Batman V Superman trailer was criticized for giving away too much of the plot, so maybe they are holding their cards close to the chest with this one.

Strengths: Well it looks like Columbia learned their lesson from the dumpster fire that was Amazing Spider-Man 2. The new Spider-Man: Homecoming trailer is happy and upbeat. Now we don’t have a mopey Peter Parker; it looks like he actually wants to be Spider-Man!

I like all the action shots and it seems like Michael Keaton may steal the show as the Vulture. The Vulture was never an A-list villain in the Spider-Man rogues gallery. Keaton looks like he is going to give the long-time Spider-Man foe an edge.

The pacing is great and we get a closer look into Peter’s relationship with his new mentor Tony Stark (Robert Downey Junior, but you knew that) and Pete’s friend Ned played by Jacob Batalon.

Weaknesses: Remember how I mentioned Batman V Superman‘s final trailer gave away too much of the plot? This trailer is also guilty of it. Do we need to know that Peter gets his Stark-made costume taken away? No. Did we need to see what I’m guessing is the finalé between the Vulture and Spidey on top of an airliner? No. Two vital plot points of the movie and they’re just giving it away for free.

From the looks of it, this is relying too much on the other Marvel Studios movies to tell a story. The Avengers masks worn by nbank robbers in the first trailer would be enough. But do we need to see the Avengers Tower, Iron Man and Captain America? It seems forced at this point. We get it. It’s in the same film series as Iron Man, the Incredible Hulk and Thor. No need to bang it over our heads!

Spider-Man: Homecoming certainly looks like it’ll be a great improvement over the last Spider-Man series. However, it gives away too much of the plot and is overloaded with references to other movies in the film’s universe. “Less is more” and Justice League certainly is applying that phrase to their first trailer.

So….what do you think? Agree? Disagree? Please put down the rocks before joining the conversation.