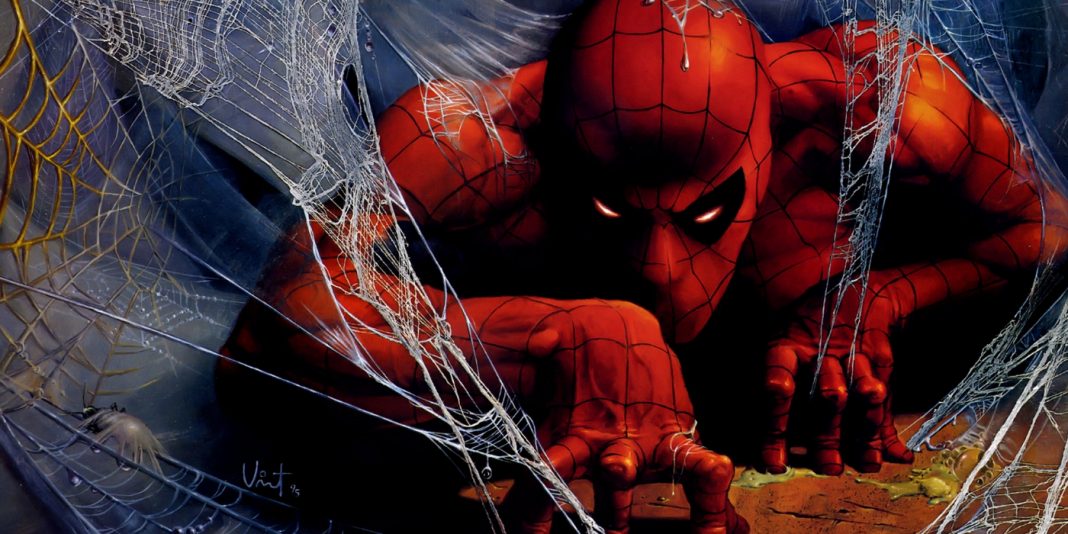 And check out this video featuring Spider-Man thwarting a criminal in real time!

It looks like we have Spider-Man dangling while utilizing the Shaka hand gesture. He wants you to “hang loose” while he…uh….hangs.

Looks like we have the very same criminal in the Twitter video, the one Spider-Man thwarts and hurls 25-feet into the air.

He’s riding a bike. And why wouldn’t he? Spider-legs are usually very wobbly, and not at all fast or dependable. And honestly, if you’re a criminal, your bike-riding privileges are revocable after committing a crime.

And presumably, we have a conference between stunt double and stunt coordinator, blocking out the stunt we’re witnessing in the pictures and video above. They’re a well-oiled machine!