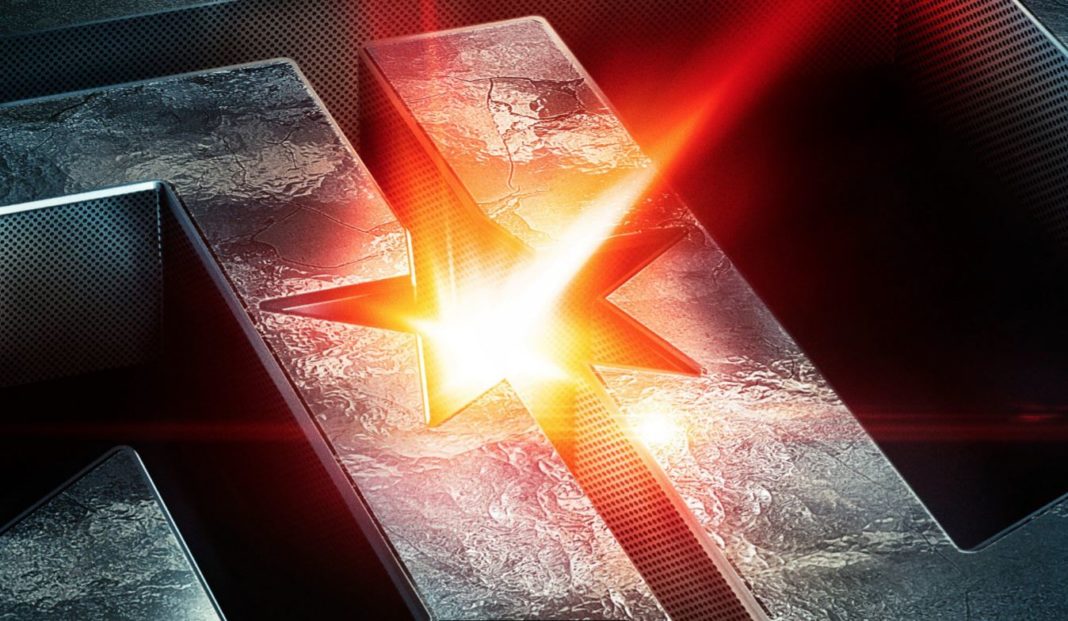 Holy CRAP has it been an epic, Justice League-flavored morning. We recently received confirmation regarding the next trailer’s debut, and a hastily recorded and Twitter-shared teaser trailer offering Aquaman-centric footage that will, hopefully, be extended in the forthcoming, full-blown trailer.

Honestly, that was enough, since my heart is weak and my eyes can only handle Zack Snyder’s amazing visuals in brief, 16-second allotments before my eyes ignite in black flame and lightly dust the floor as cornea-filled ash. However, Warner Brothers, disregarding my eyes’ ability to completely reconstitute themselves, just released the first new Justice League teaser poster. Yep, they sure did. OBSERVE!

Yep, one week ahead of WonderCon and CinemaCon, we’re getting that full-blown, previously mentioned trailer. And if this poster of a steel-rendered JUSTICE LEAGUE logo is any indication, the trailer, and by extension the movie, will be epic, stark, and very, very shiny.