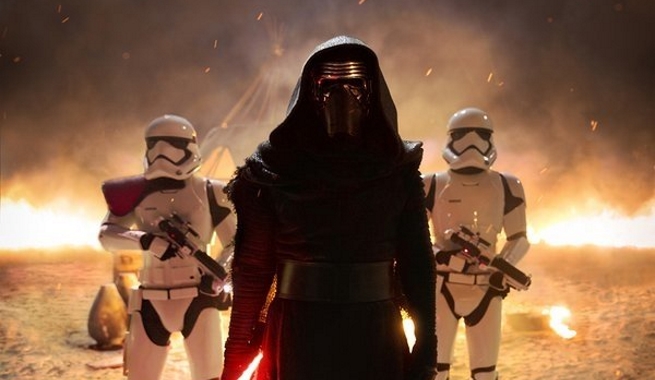 It seems like the only thing being “awakened” this week is our lack of patience for the premiere of the new Star Wars film. Two TV spots, weapon photos and now this poster of super-scary Kylo Ren have been released this week. All of this gives us hope that maybe, just maybe, J.J. Abrams will give us a freaking break and stop with all the freaking trailers, teasers and posters! That he’ll just release the freaking film and stop handing out scraps, snacks, parts and pieces! Human beings aren’t built with the kind of psychological resilience one needs to survive a swelling wave of infinite, unrelenting anticipation! AAAHHHH! Ahem.

This poster at the bottom is the new Kylo Ren (Adam Driver) poster released by Empire. It shows Kylo calmly standing as two First Order Troopers flank him on either side. In the background it appears that a ship has gone down and is burning. The sand in the photo implies that this particular scene occurred on Jakku. With the lack of information, it’s hard to tell what is what.