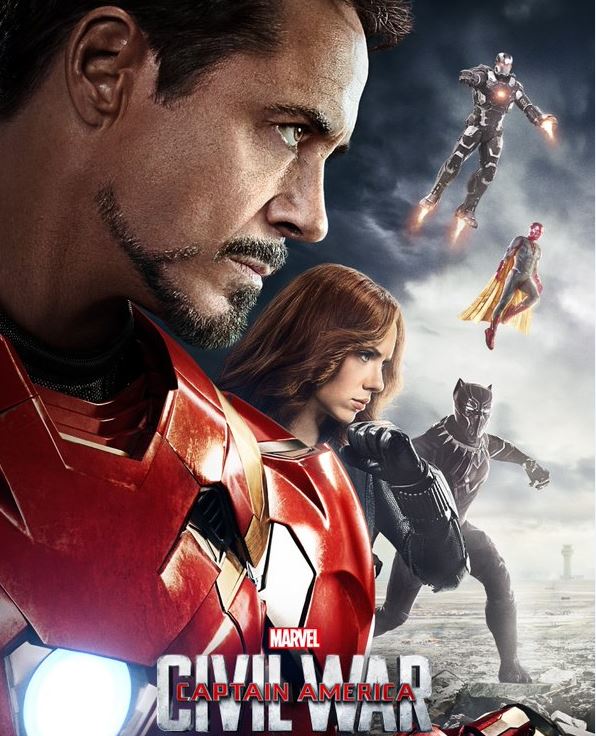 Check out these new Team Iron Man and Team Cap Civil War movie posters featuring each respective team facing off; their collective scowling is effectively penetrating and very much indicative of their need to kick each other in the disagreeable bread basket!! Ahem. Check out these brilliant new Civil War movie posters below focusing on the ready-for-battle Iron Man, Captain America, and their staunch, supportive super-friends!

That’s Team Iron Man (above)! From left to right (and from foreground to background) we have Iron Man, Black Widow, Black Panther, War Machine and Vision. Uh…Panther could pretty much wipe the floor with an army, so…

From right to left (foreground to background) we have Captain America (TRAITOR), Winter Soldier (MASS MURDERER), Hawkeye (okay, he’s cool, but still an assassin), Scarlet Witch and the Falcon. Y’know, as much as I respect Captain America, I can’t help but think he chose the wrong side.