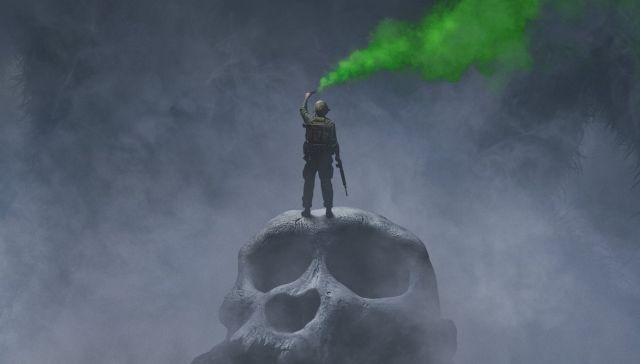 Earlier, the folks behind the upcoming Kong: Skull Island gave us our first look at the all new King Kong and, oh boy, they didn’t disappoint.

The new Kong is huge. He towers over an unfortunate explorer who is already perched on top of an enormous gorilla skull.

The poster honestly sent a chill down my spine. As a kid raised on Friday Night Creature features, King Kong has long been one of my personal favorites. The big ape is one of Hollywood’s most enduring creations and has lasted for generations.

The star-studded reboot looks like it will return the King to his rightful place atop the food chain.

Don’t believe me? See for yourself.

Now, check out the trailer recently released at this year’s San Diego Comic-Con!

HAIL TO THE KING!

In a recent interview in Entertainment Weekly, director Jordan Vogt-Roberts said of his Kong:

From the size of the skull, you can tell that things on this island are much bigger than audiences are used to with traditional Kong lore.  Our Kong is by far the biggest Kong that you’ve seen on screen, and that translates to a lot of different things on the island.

Skull Island is part of an initiative to bring the big ape and his reptilian counterpart, Godzilla, back together on the big screen for a new generation of moviegoers. Scheduled for a March 2017 release, Kong: Skull Island stars Tom Hiddleston (The Avengers), Brie Larson (Room), John Goodman (10 Cloverfield Lane), Tony Kebbell (Fantastic Four), John C. Reilly (Wreck-It Ralph) and Samuel L. Jackson (EVERYTHING).

I don’t know about you, but I’m really excited about a fresh take on King Kong. Peter Jackson’s take on the cinematic simian left me cold.

What about you? Are you ready for some serious monkey business? Bored to death with reboots? Let us know in the comments below. 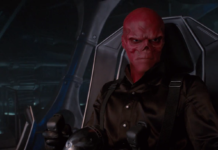