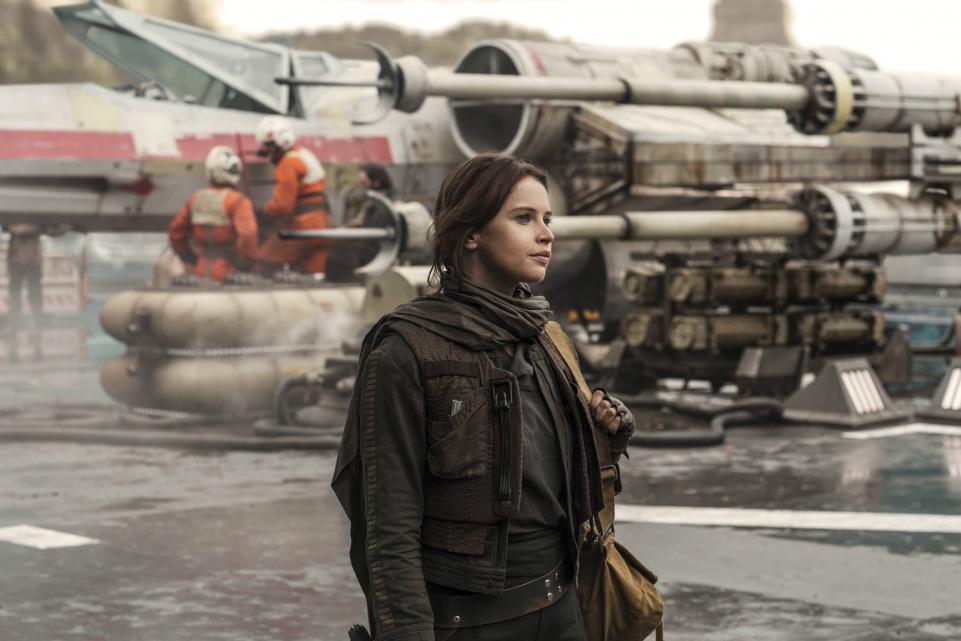 So here’s a major spoiler for Rogue One: A Star Wars Story—they steal the plans and blow up the Death Star. Gasp! Yes! They do! Those rebels! Oh, the humanity!

Of course, being set right before the events of Episode IV,  it only makes sense that the whole plot of Rogue One circles around how the Rebel Alliance got a hold of those super-secret plans for that thing that’s no moon. In fact, Rogue One might as well be titled Episode 3.9, since its spine-tingling ending immediately connects to the very first scene of A New Hope. But the thing about Rogue One is that it almost seems like the franchise’s public apology for that stupid Achilles heel about the Death Star’s design flaw, and while the movie does justify how a humongous battle-station can be blown to bits by just a single one-man fighter, the whole thing still seems a little too coincidental.

But honestly, that’s just complaining for the sake of complaining. Because how can any fan be sour about this when the movie is just so effin’ awesome? From the darker undertones to the high-tension action sequences (and the fast-paced climax that will literally make you fall off the edge of your seat during the last ten minutes of the film), Rogue One certainly does its job—and perhaps it does so in an even better way than last year’s A Force Awakens.

It’s being marketed as a stand-alone film that’s totally Jedi-free, and it was indeed the right decision because it tells viewers to leave their expectations at the door before stepping inside the cinema. But before you get nice and snug, just know that there’s a reason why these new characters you’ll grow to love are no longer in Episodes IV, V, VI, and VII…so we’ll let you soak that in for a bit, because there are just so many dust mites floating around in here…

At its core, what makes the fan-service friendly Rogue One work so well is that it successfully walks the fine line between being a stand-alone film and immersing itself smack-dab in the middle of an already well-known classic. Sure, all the main characters are new to the big screen, but there’s always the occasional goosebumps-worthy cameo, and every member of the audience will most likely pee their pants a little bit when Darth Vader finally shows up on screen.

Albeit the story starts incredibly slow, the climactic conclusion more than makes up for the beginning pacing. I mean, we already know that the rebels will eventually get the Death Star plans anyway, and that Princess Leia will succeed in her schemes, but the movie was still able to grip viewers with anticipation during the climax, and you’ll be holding your breath until the tragic but extremely satisfying ending.

There is no opening crawl in Rogue One, but it’s as Star Wars-y as it can be, with stellar performances from all the members of the main cast. Felicity Jones as Jyn Erso is definitely a strong female lead to root for, working so well with Diego Luna’s Rebel operative Cassian Andor and his droid, K-2SO. Together with Riz Ahmed’s former Imperial pilot Bodhi Rook, as well as Chirrut Îmwe (played by the incredible Donnie Yen) and Wen Jiang’s Baze Malbus, Jyn and her rag-tag band of rogues go on an epic intergalactic mission to steal those iconic plans for the rebellion. Of course, Galen Erso (Mads Mikkelsen) and Saw Gerrara (Forest Whitaker) are both remarkable as well, and it’s the strong cast that truly brings the movie to life. Plus, because there are just so many rebels who died in this movie, we can probably cut the poor Stormtroopers some slack and boldly proclaim that their aim has definitely improved in this film. So…hooray for the Empire?

Overall, Rogue One: A Star Wars Story is enthralling and chilling in more ways than one (with the CGI version of the late Peter Cushing included). Director Gareth Edwards has successfully added another gem to the franchise amidst overwhelming pressures from a critical fan base, and we honestly can’t wait for more of these projects to come. That said, what are you still waiting for? Get out there and see Rogue One today!