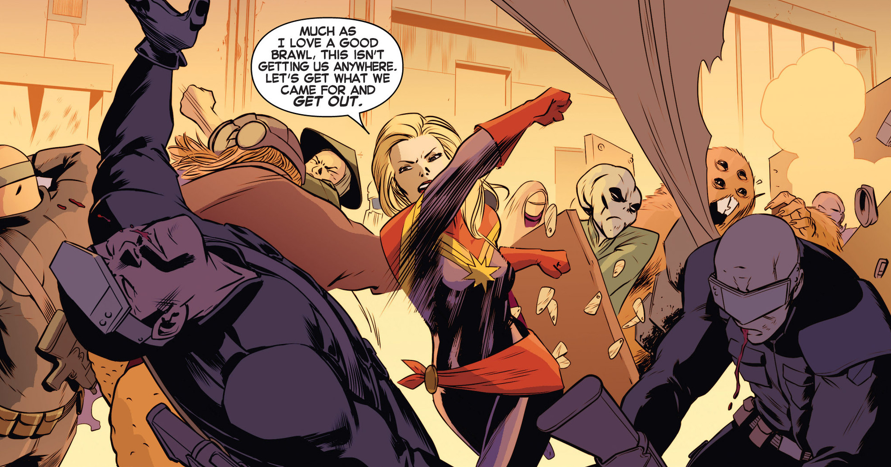 Kevin Feige, promoting  Age of Ultron and speaking with IGN, was asked how he feels about flagship MMA Fighter Ronda Rousey campaigning to be Captain Marvel. His response? “I love it. That happens occasionally, and I think that’s a testament more to the strength of the characters. Going back to my early days at Marvel, there were always various people campaigning to be Wolverine. I guess that was pre-Twitter and pre-Internet days, but still for some reason would pop up in Wizard Magazine. Wizard Magazine would always have ‘this person wants to play this role!’ It’s a testament to how great the characters are that it appeals to such a wide range of talented, talented people.”

What about her ability to act? Is Ronda Rousey somebody Marvel Guru Kevin Feige would want to recruit? “You look at the ways we’ve cast our films in the past and it’s always about who’s the best person to inhabit the character, whether that is an actor like Chris Hemsworth who bulks up, or a wrestler like Dave Bautista who played Drax who ends up being an amazing performer, an amazing actor and a clever and witty and pointed comedic actor. For us, it’s sitting down with people and starting to meet people and as the script takes shape and as we start to build who the character should be and finding the right person to match it up. We haven’t necessarily started sitting down with people yet and meeting on that part.”

Say, where are they at the Captain Marvel movie, which is slated for a November 2, 2018 release? “I think right now we’re scripting the film, figuring out who we want Carol Danvers to be, and really what the structure of the movie will be and what her part will be in some of our other Phase 3 films. It would be next year that we start to really think about casting,” said Feige. What do you think of this? Would you like to see Ronda play Captain Marvel? Might be the shortest movie ever…she’ll just arm-bar the guy and that will be it…20 seconds into the movie.