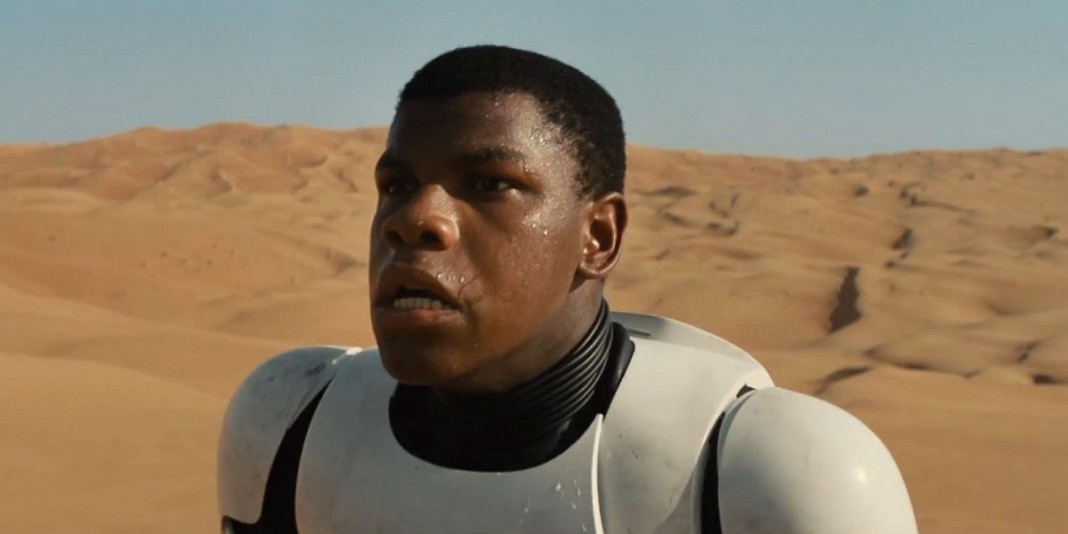 Take this with a grain of salt, but apparently the last name of Finn from Star Wars has been revealed! JJ Abrams has stated that the last names of both Finn and Rey would be considered spoilers; he’s avoided speaking of it over most forms of media, which only helps to stoke the flames of speculation. You may recognize Finn as the guy running around in a Stormtrooper outfit and sweating all of the time. Perhaps he takes after Rick Grimes?

So, who spoiled Finn’s familial ties? Was it another cast member? Was it Han Solo? Was it the Sith? Well, it turns out that it was a seller on Amazon. I guess that’s Sith enough, right? “Comicbook.com has discovered an Amazon.com listing for a The Force Awakens puzzle set featuring Finn, and in the descriptive headline for the item it describes him as, “Lando Calrissian’s Son,” as reported by that website. Well, I guess that makes enough sense, right? And here I was hoping it was going to be Harrison Ford…not Han Solo…Harrison Ford! Yeah, try to make that one work out. Comicbook.com then goes on to say, “Also of note, DZ Market Place has seemingly marked up the price of the Finn puzzle set to $43.95, as opposed to the under-$10 price it sells for from Amazon proper and other retailers. So the question fans are asking is were retailers supplied the info with the spoiler and only DZ Market Place chose to reveal it? Or could DZ Market Place be adding their own bit of speculation in an attempt to draw attention to their marked up item?”

Finn, who is played by John Boyega, is shown taking up a blue lightsaber against Kylo Ren in a couple of the trailers. I guess the only real speculation left now is for Rey; she has to be a Skywalker…right?