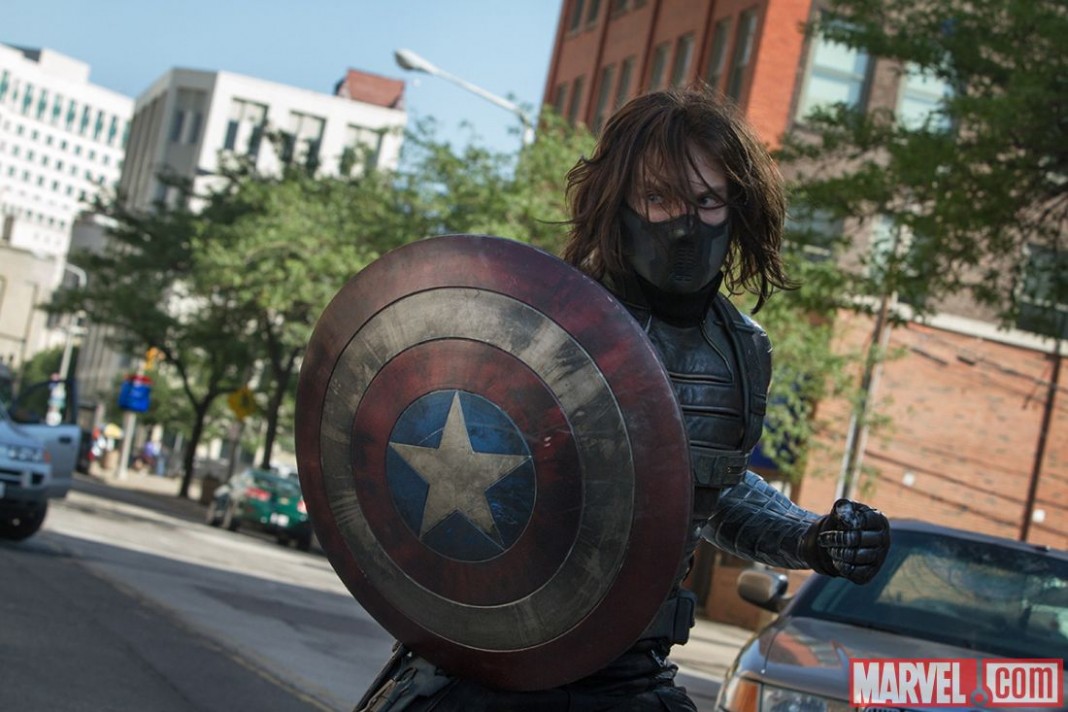 Sebastian Stan, who plays the Winter Soldier/ Bucky Barnes, recently sat down to be interviewed about his latest movie, Bronze. Of course being that he’s Sebastian Stan and everybody is super-excited for Captain America: Civil War, Stan was inevitably asked questions regarding experiences during said film. For all intents and purposes, the Winter Soldier is the major plot fulcrum of Civil War. You would think being brainwashed would be an extenuating circumstance.

Having worked with big name actors like Chris Evans and ScarJo, Sebastian Stan gave a specific mention to RDJ. “It’s inevitable not to geek out a little bit around Robert Downey Junior,” said Stan. “Just to be around him [and] fight across from [and against] him was definitely a highlight!” He also mentioned the other funny man on set, Paul Rudd. “I couldn’t keep a straight face with [him]! I’m a huge fan of his, but also he’s just so funny and witty and he was always like cracking me up.”

“I think it’s going to be an epic experience for people,” stated Stan regarding the ending of Civil War. “I’m very excited for people to hear and see what side everybody ends up on, ’cause it gets a little heartbreaking.” Heartbreaking? I guess we can expect at least one death at the end of Civil War…perhaps even more. Gotta clear the way for that Don Cheadle spin off, you know? Captain America: Civil War opens up on May 6th, 2016 and stars Chris Evans, Robert Downey Jr., Scarlett Johansson, Sebastian Stan, Anthony Mackie, Emily VanCamp, Don Cheadle, Jeremy Renner, Chadwick Boseman, Paul Bettany, Elizabeth Olsen, Paul Rudd, Frank Grillo, Tom Holland, William Hurt, and Daniel Brühl.