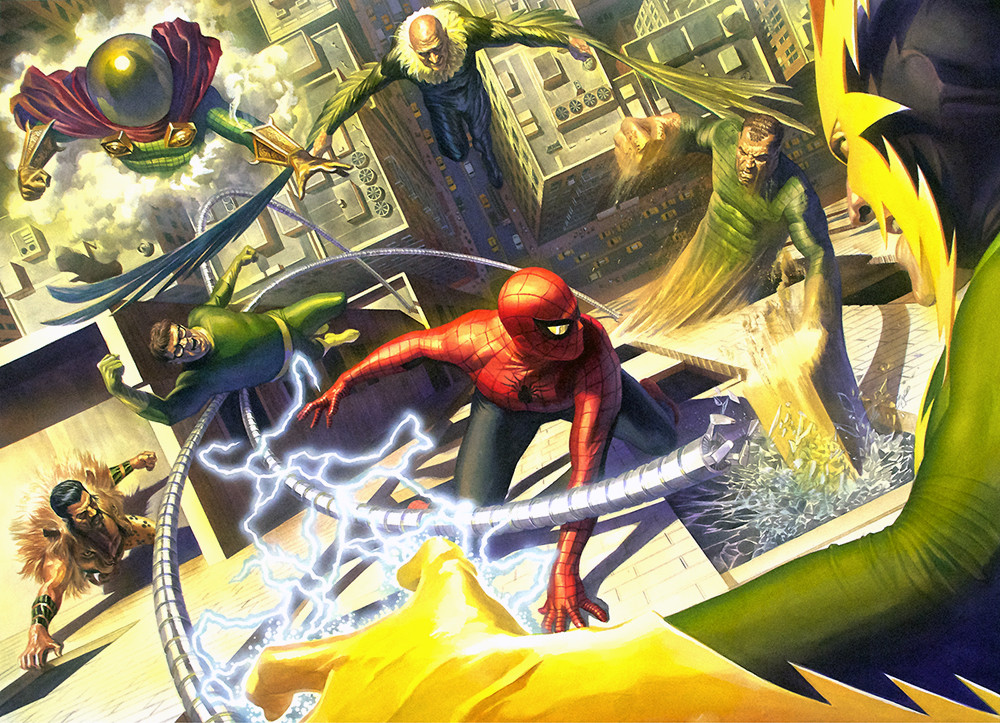 Whatever your opinions were on the Amazing Spider-Man ‘franchise’, most rejoiced at the fact that Marvel’s beloved flagship character Spider-Man would be returning to…um…Marvel! Few people batted an eye at the immediately shelved Venom and Sinister Six movies, but what could have been? Would we actually want to watch a Sinister Six movie? While promoting his new movie, The Martian, Drew Goddard got to share his thoughts and vision for the movie!

“My vision of that movie was a summer annual. So you didn’t have to worry about continuity. It was just, ‘We take Peter, put him on an adventure, we put him back in his life.’ I intentionally wanted a movie that didn’t have to worry about mythology and continuity. It was important to me to make a movie that could stand on its own. So the good news is, you know, [laughs], it slots in very well to any plan anybody ever wants. We just need to let a couple years go by, I think.” Goddard has worked with Marvel previously and helped write both seasons of Netflix’s Daredevil, so if Marvel still wanted it we could very much still see a Sinister Six movie!

Goddard then elaborated on the shift of Spider-Man from Sony to Marvel: “The tricky part about all this is I love this plan. I love that you get to see Spider-Man in Marvel movies. I think that’s a great thing. I’m on board with that decision because as a fan that’s what I want. So who knows what the future holds? This is Hollywood, man, you’ve gotta play the long game.” Finishng up with a question on whether his movie would have been focused on the villains or Spider-Man Goddard replied, “It was a Spider-Man movie. It was the giant, epic Spider-Man movie of my dreams.”