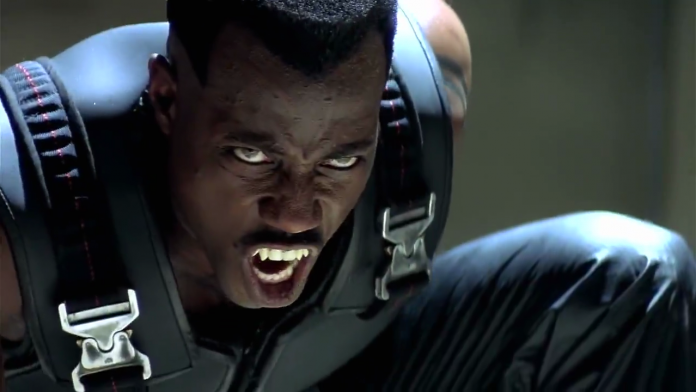 Queue up the techno music and fire up the blood sprinklers because we may have another chance to see Marvel’s Daywalker on the Silver Screen! I guess a silver screen is one way to keep vampires at bay, right? Any-hoo, Wesley Snipes, while promoting The Player, was asked some questions regarding playing the Blade character that essentially made people start taking Marvel movies seriously in the first place.

“There’s always a possibility, you know. It’s in Marvel’s hands. They’re controlling the pace and the flow with that. Conversations have been good. They see the value in it. We see the value in it. I’m still in shape enough and fit enough to handle the role. We’ll see how it goes. I don’t really know what’s going to happen to it yet.”

Excited? I know I am…if only to see that Reaper-strain Pomeranian again! You can hold the Van Wilder though…I hear he’s in Deadpool anyways! If Blade doesn’t make it to the movies again I could definitely see them doing a Netflix series for the character via the Daredevil route. When asked about if he would want to play Blade with the Avengers, Snipes mused; “That would be interesting. I mean, I know it’s in the comic book. It would be interesting to see where they would place him and where he really would fit in. He’s got to bite somebody. I don’t know who he’s going to bite.” My suggestion? The Hulk…so we can have a Gamma-Monster Daywalker! Now that’s a franchise I can get behind.