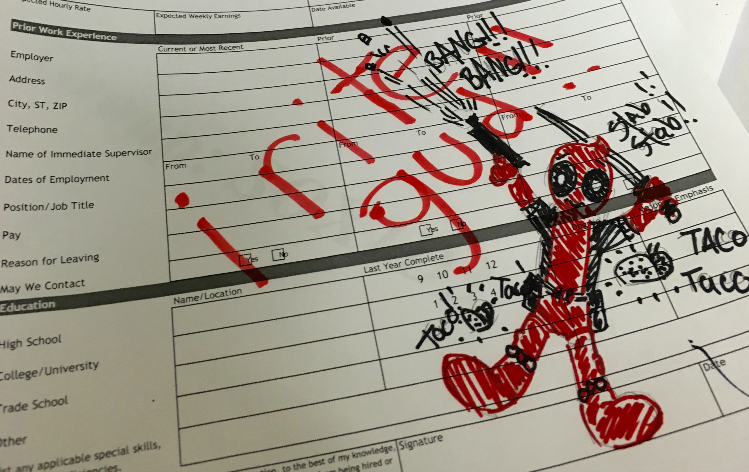 Hey, folks! It’s me, Deadpool! Recently – to be honest, about 650 seconds ago and after a subtle but necessary display of crotch-severing swordplay – I became the new head honcho here at ‘La Fuente‘! Sorry, allow me to translate for those who don’t speak Spanish-flavored Deadpool: I recently became Editor in Chief of this fine, internet-based, breaking news website referred to lovingly as…The Source! Why? Wait, did you seriously just ask me that question? Yes, technically I typed it, but only because you asked it. Anyway…why?? WHY THE F**K NOT???!!!

I mean, have you actually read the articles?? Holy SH*T, these people are illiterate, @$$-munching koalas who can’t even draw a useful Hopscotch configuration let alone conjoin sentences into fathomable, informative works of digestible data. I mean…HOLY SH*T!!! And the subject matter? Oh, boy, the list of articles written about nonsensical bullsh*t is as unrelenting as it is insulting. Batman Vs Superman? WHO GIVES A FLYING SH*T!!! Superman would NEVER STAND A CHANCE! Why!?? Because Batman will ABSOLUTELY punch him in the bean-sack if provoked. Is Superman’s bean-sack invulnerable? I would really, really question his bean-sack invulnerability. I mean, it probably doesn’t get enough sunlight, so…yeah, vulnerable bean-sack.

Do you understand NOW why it’s so excruciatingly important that I take over as Editor in Chief?? NO?? Then come over here so I can help you understand with a firm but thorough   ,  ,   explanation of my 35-point presentation detailing a strategic, comprehensive overhaul of The Source. Oh, and the overhaul begins, like…NOW!

I can come back and define the remaining points at whatever f**king time I want because I’m the f**king Editor in Chief and unanimously empowered to absolutely make things up as I go! Also…who really has time to come up with 35 points on reconfiguring the operational structure of a content-rich, internet-based, news-propagating entity. Certainly not me.

Oh, and you’re probably wondering how I got the job. Well, I filled out an application just like everyone else. 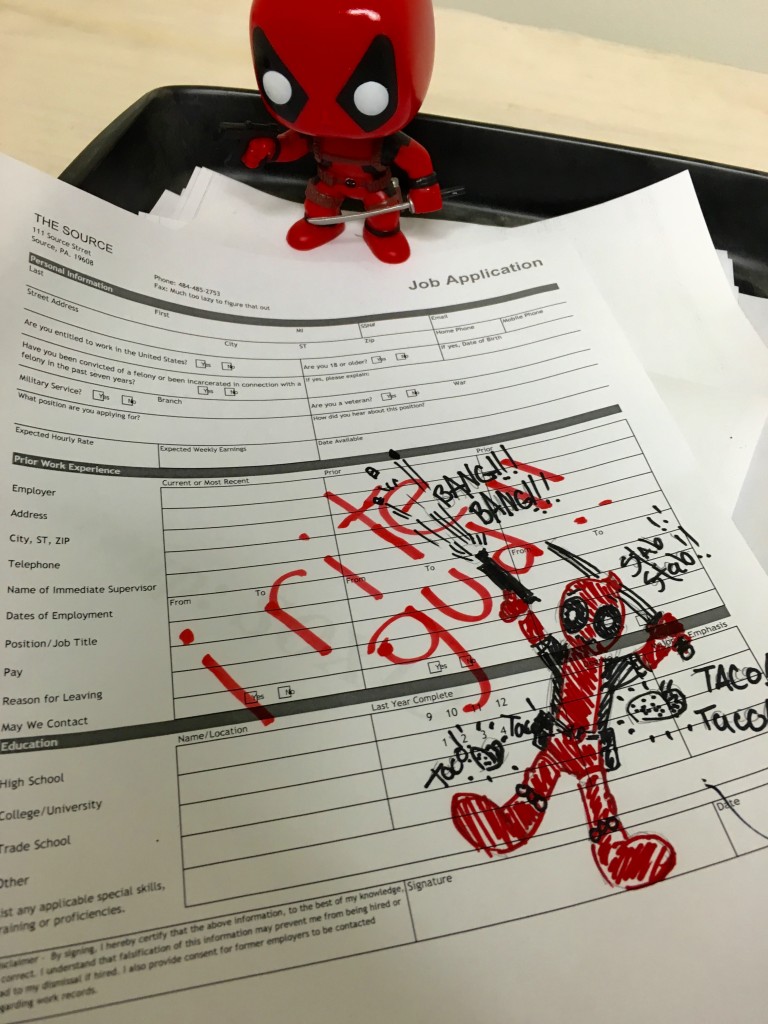 I ‘rite’ very well, in fact. Oh, and I think leaving my little plastic representative really resonated with the previous Editor in Chief. Well, that and the two swords buried in his especially irritable manure-tunnel.