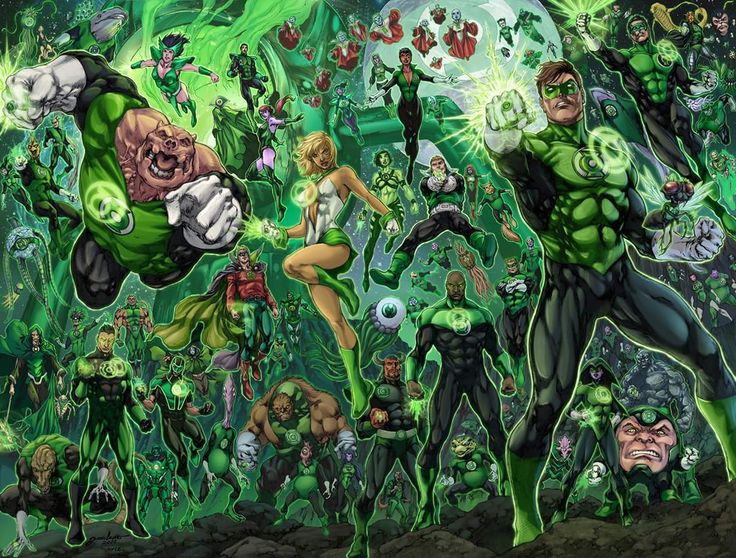 Justice League fever is everywhere these days, with DC frantically trying to keep up with the awesomeness that is the MCU. Sadly, DC’s attempts haven’t been doing too well, with our only hope being the solo Wonder Woman film and the upcoming Justice League movie itself. Both of these movies debuted fantastic trailers at the SDCC 2016, but one thing was sorely missed at the annual comic book mecca. The absence of the space cop of Sector 2814 did not go unnoticed, and because of the humongous flop that was Ryan Reynolds’ version, fans are dying to see our beloved Green Lantern redeemed. Here are just some of the rumors we’ve been hearing about the space-tastic, 2020 Green Lantern movie.

Sector 2814 has a bunch of Green Lanterns because Earth is just that special, and we can’t seem to pick our favorite. While test pilot Hal Jordan has always been the first Green Lantern of Earth, the Justice League Unlimited animated series spawned a whole generation of fans for Marine-turned-architect John Stewart. As such, it’s hard to decide which one should star in the Green Lantern reboot.

While Hal Jordan’s origin story as a fearless test pilot meeting Abin Sur is more well-known, that 2011 flop has left a horrible taste in fans’ mouths, and something like that is not easy to shake off. John Stewart might be a fresh new take on the superhero, but his origin story might not be as interesting as Hal’s (unless we see some Hawkgirl or Vixen lovin’).

Still, studio execs have been actively searching for the perfect cast (because no, they cannot afford to fail yet again). There’s word about them looking for a Matt Damon-ish actor around the same age, while Tyrese Gibson has also expressed his desire to play the part. It’s all up for grabs right now, and all we can do is hope to the high heavens that they do the founding Justice League member some justice this time (and that means ditching the super-fake animated costume).

The reboot is titled Green Lantern Corps after all, so it only makes sense for it to focus on not just one member of the Corps. While the super-fan in me is giddy with excitement at the prospect of seeing more intergalactic issues ala-Guardians of the Galaxy, it’s incredibly tricky for DC to go down that route straight away without any introductions. The rich mythos of the Corps is too vast to fit into a single film, and DC already has a poor track record when it comes to cramming everything in a hurry. I’d love to see the Corps of each color spectrum do their thing and be as epic as the Sinestro Corps War and the Blackest Night saga, but translating all that into one film might just be too much too soon.

Still, word on the street is that there will be, at the very least, a third GL from Earth. Could the movie perhaps focus on young Kyle Rayner meeting with veterans Jordan and Stewart for the first time? Or will it be about the wacky misadventures of Guy Gardner being his hotheaded self?

The acclaimed Mad Max: Fury Road director has been rumored to direct the movie, and if it’s going to be Mad Max in Space, then it’ll be a helluva good time for sure. Whatever back-end decision DC makes, they’d have to tread very carefully with this reboot. Fans have been burned before, and if this second chance doesn’t work, there might be no coming back from it.

Right now, we’re hanging on to Warner Bros. studio exec Greg Silverman’s promising words: “There’s real opportunity there. We didn’t do a great job on that first Green Lantern movie. This is a character who deserves to be treated in the same way that Batman and Superman and Wonder Woman are being treated now, which is with great reverence. I guess I can say to the Green Lantern fans: if they can be patient with us, I think they’ll be really happy.” Yep. Don’t fail us now, Greg!

Are you ready to move past the “Blackest Night” of the 2011 flop and onto the “Brightest Day” of the 2020 reboot? What are the things you’d love to see in the next Green Lantern film? Let us know what you think!