This particular Captain America: Civil War TV Spot comes to us from the mystical realm of Japan, a land teeming with wild Pokemon, giant super-robots, and the occasional Atomic Age monstrosity looking for a flat, humanity-free patch of land to spawn upon undisturbed. Anyway, Spider-Man charges into battle in this new Civil War International TV Spot alongside his ‘Team Tony’ compatriots. CHECK IT OUT (above)!

A few things worth noting:

1. The music here is by Japanese singer, songwriter and producer, Exile Atsushi. Click here for a little more info regarding this renowned Japanese artist.

2. Spider-Man’s charging sequence might be a little hard to catch the first time. Because I’m the altruistic sort, I made it a little clearer for you in the screen-shot below (red circle). 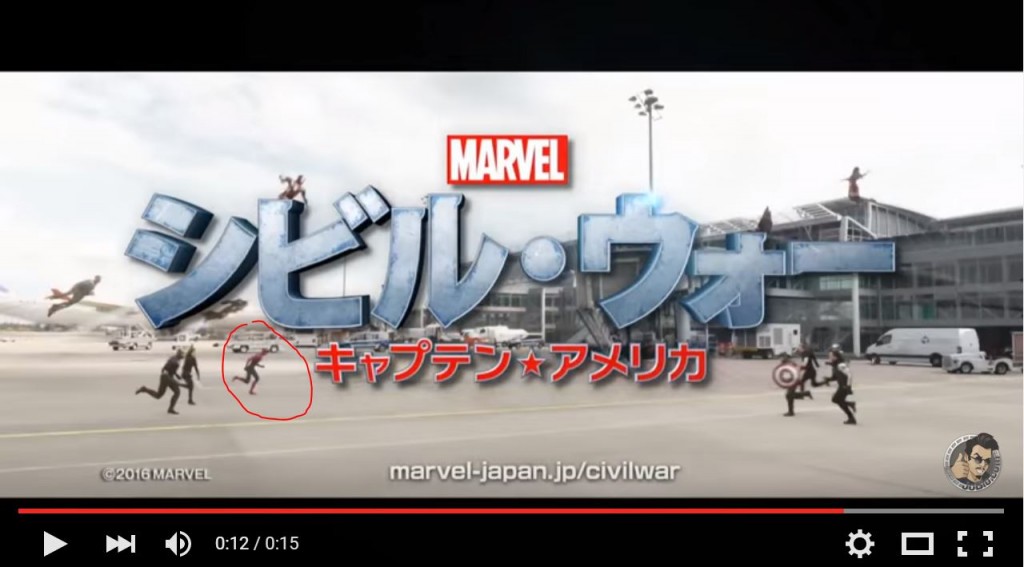 …is taken right from the cover of Marvel’s Civil War #7 (below), the premise upon which Captain America: Civil War is loosely based.

Ready for Captain America: Civil War?  I am. I mean, I am, but more so than before. Honestly, my anticipation just increased another 50,000%.