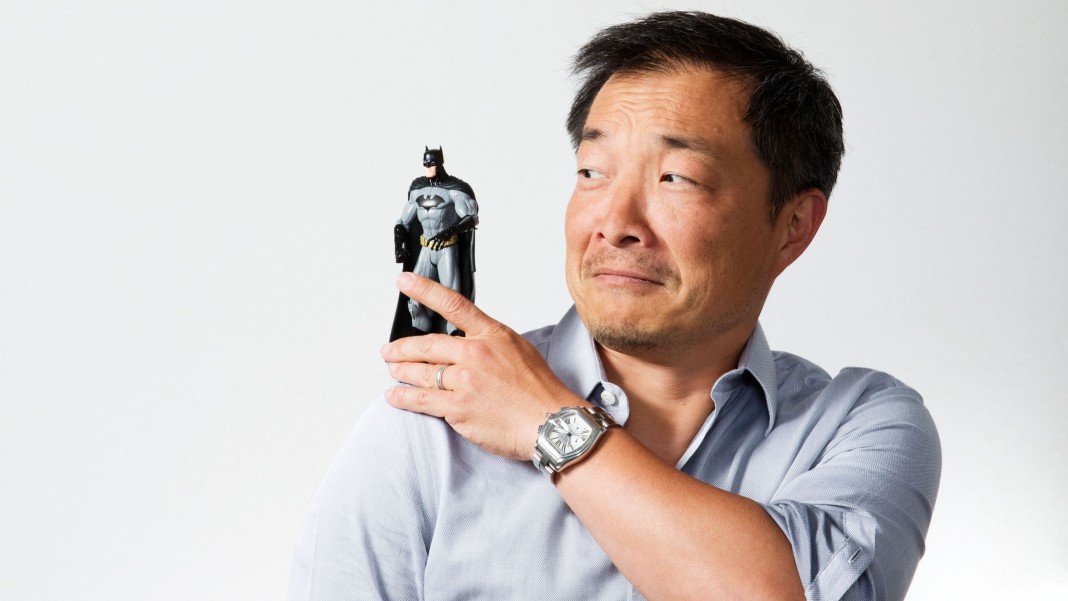 Any comic book fan knows that he or she should worship the ground at Jim Lee’s feet, and when the superstar artist-slash-DC-Comics-Co-Publisher does a live sketch, it’s an event that should not be missed. There’s something intimate about letting the audience in on his art process, as his drawing board is projected on screen and he answers questions from his fans. More than just his drawing technique, here are a few fun and intriguing things we found out about Jim Lee during last week’s WonderCon.

“Wonder Woman is Superman with longer hair.” That’s what Jim Lee says about the Amazonian warrior. Of course, with him effortlessly sketching Wondy in pencil and a fine-tipped marker, it’s obvious he knows what he’s doing. He starts with “three quarters looking to the left”, and goes on to explain what rookie artists usually go wrong with. It seems that amateurs often fail to pay attention to the correct distances between things like foreheads, eyebrows, and eyes, and that’s where things start to look weird. “You have to be constantly aware, as you put something down on paper, about what’s around it and how far away it is from the next thing.” He then uses a whiteout pen to detail the princess’ hair. “She’s a goddess. She doesn’t age,” he says.

2. From WildC.A.T.s to Josie and the Pussycats

When it comes to past and future projects, Jim Lee is as varied as any. He even shows the audience a phone sketch of WildC.A.T.s where he says, “As I was drawing them, I started missing them, like they were real people.”

Aside from All-Star Batman and Robin, the artist is also currently working on a Batman project that he can’t really reveal at the moment. He has also always wanted to work on Hanna-Barbera’s Josie and the Pussycats which, we believe, would just be amaze-balls.

3. On All Things Hush

Sadly, it doesn’t seem like an animated Hush film will be in the works any time soon. “I doubt it because those are generally stand-alone stories and the thing with Hush is that it will be very long. Most of those adaptations are, like, four-part stories or five-part stories, but Hush is a twelve-part story.” Still, he did say that he wants to work on a follow-up to the comic book.

4. Why Passion Is Important

“I think it’s dangerous to look at other people’s work because you’ll always find someone who’s better than you, so that could be very disheartening,” he says. It’s important to just focus on what you’re doing. Jim Lee is all about freestyling, as he says, “I’ve advanced to the point where I don’t need rulers.”

He goes on to sketch a cityscape that’s like Gotham City, and says that it’s all about visual interest and creating patterns for the background. Of course, the icing on top of the cake is a faraway silhouette of what looks like Batman swinging from a grappling hook in the skyline. He also uses some more whiteout to create lights in windows (who knew those things could be so useful?).

When it comes to passion and inspiration, Lee says, “You want to be in love with what you’re doing.” Also, his biggest inspiration is his family. “My goal is to get my work done so that I can have a family life.”

5. Why You Should Never Do Anime Cross-Overs