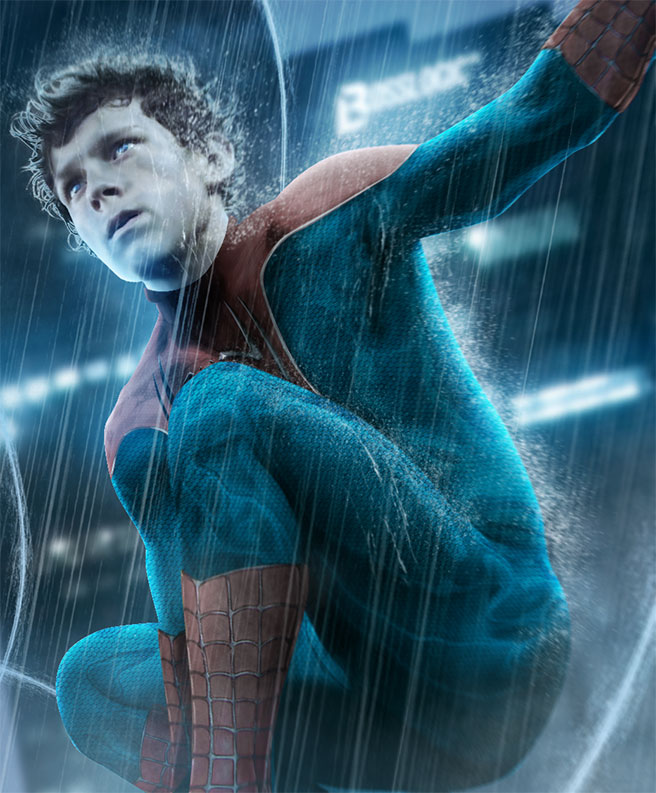 After Spider-Man makes his proper, Marvel Universe appearance in this year’s Captain America: Civil War, he’s slated for his very own stand-alone film! YAY! So..I guess that means Spider-Man actually survives the very physical, super-powered struggle in Marvel’s divisive, forthcoming film starring a perpetually sparring Iron Man and Captain America. Crap, that would have been a VERY moving scene; Spider-Man jumping in front of Cap to protect him from an errant Replulsor blast, and then dying from said errant Repulsor blast. I can see it now: Cap holding Spidey in his arms and slowly removing his mask; he looks into the eyes of a boy he’s never seen before who tries desperately to whisper something through feint, blood-spurting coughs. The boy pulls Cap closer and says, “Cap…with great power comes…(*cough-cough*)…comes great…re..resp…responsibility.” Spidey dies, the screen fades to black and the credits start rolling. The END.

Okay, that was terrible and we never want to see anything like that. EVER.

Anyway, Spider-Man has a new release date. Thankfully, it’s the kind of schedule change one can appreciate; Spider-Man will now make his latest theatrical debut July 7th, 2017, and not the originally planned July 28th date. YAY!