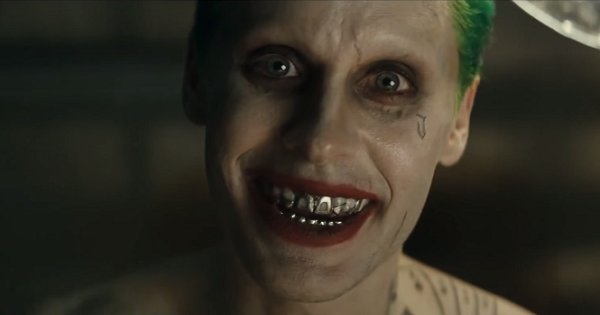 Charles Rowen, part of the DC Movie Think-Tank, sat down in a recent interview with Collider and decided to share some rather meaty bits of information regarding the upcoming Suicide Squad movie. What kind of movie will it be? How will Jared Leto’s Joker be received? What will the movie’s rating be? Luckily for you, we managed to snag all of these goodies for you! You’re welcome.

Of course the first question will almost always be regarding the Joker. Everybody has an opinion on DC Comics’ Clown Prince of Crime and Jared Leto certainly has some rather large boots to fill in the role. Rowen addressed our concerns, and made a comment based on the way Leto has decided to utilize method acting. “Look, you know, it was different, it was fun. The group first wasn’t sure because the AD’s had to call him ‘Mr. J’ to get him to come to the set [laughs]. And he did in many ways isolate himself from the rest of the group, but that’s really what his character was, the purpose of his character in many ways, other than when he was with Harley or trying to get Harley. It was very entertaining, it was fuel for a lot of good sport and a lot of laughs, and his isolation bonded the squad, and we wanted the squad bonded.”

Rowen then went on to speak on how writer David Ayer (of Training Day fame) approached the studio and they didn’t go to him. “He had a close relationship with [Warner Bros. executive] Greg Silverman and Greg said, ‘He’s got an idea on Suicide Squad, he wants to come in and pitch it.’ Having a guy like that who’s been able to—all of his films have had a certain level of groundedness to them, really feeling very richly real. And so having that sensibility, which is along the lines of what we were talking about earlier how we like to have things grounded in science or whatever, I was very anxious to hear what his take was gonna be on Suicide Squad and I was very happily surprised, but it was right exactly in the pocket that we were looking for. Honestly that movie was essentially greenlit in the pitch meeting.” Always nice when somebody is passionate about something, right?

Unfortunately for you hyper-violence people, it appears that our dear movie will only be PG-13. Rowen offered this defense. “The intention of the film is definitely to be PG-13… We really want to make these films tonally consistent so that, as I said because this is a shared universe, at least our current thinking—and again, we’re not dealing in absolutes because while this is business it’s also a creative endeavor, so you want to leave yourself open to changing your mind, doing something different, being inspired, that’s the whole process of filmmaking is you have to allow for inspiration as well as having a road map for what you’re gonna do. So our plan right now is to make all these films PG-13. In some cases, you know, right there on the edge of PG-13, but still PG-13.”

Finally, when asked if there is anything of particular note that will surprise fans with the Suicide Squad, Rowen said, “There’s a lot of characters in Suicide Squad, and I think you’ll be engaged with them. They all have fabulously different arcs, they’re all very individualistic, and I think that also they’re very, very human in their own dysfunctional ways. And I think that the personal individual stories and how they relate to each other will be surprising.”