It’s about time Quentin Tarantino finally admits that all of his movies share the same universe. From his first original neo-noir crime thriller Reservoir Dogs to his most recent release of The Hateful Eight, Tarantino fans have questioned whether or not his films all shared the same universe. In an interview with The Project, Tarantino confirmed the existence of a universe in which all of his films exist. He explained it as two different worlds: the “real” and the “realer than real.”

Tarantino further explained, “There is actually two separate universes… There is the realer than real universe, and all the characters inhabit that one. But then there’s this movie universe. So From Dusk Till Dawn, Kill Bill, they all take place in this special movie universe. So when all the characters of Reservoir Dogs or Pulp Fiction, when they go to the movies, Kill Bill is what they go to see. From Dusk Till Dawn is what they see.”

There has always been some thought that the characters in his specific films are related as well. Tarantino has always hinted at the relationship of Pulp Fiction‘s Vincent Vega and Reservoir Dogs‘ Vic Vega. He recently confirmed that the two are, in fact, brothers in his movie universe.

We will have to see how all of the relationships play out as Tarantino starts to write and make more movies. 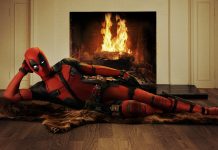 Six Directors Who Should Direct ‘Deadpool 2’ 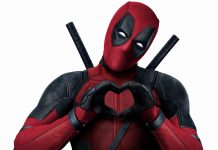