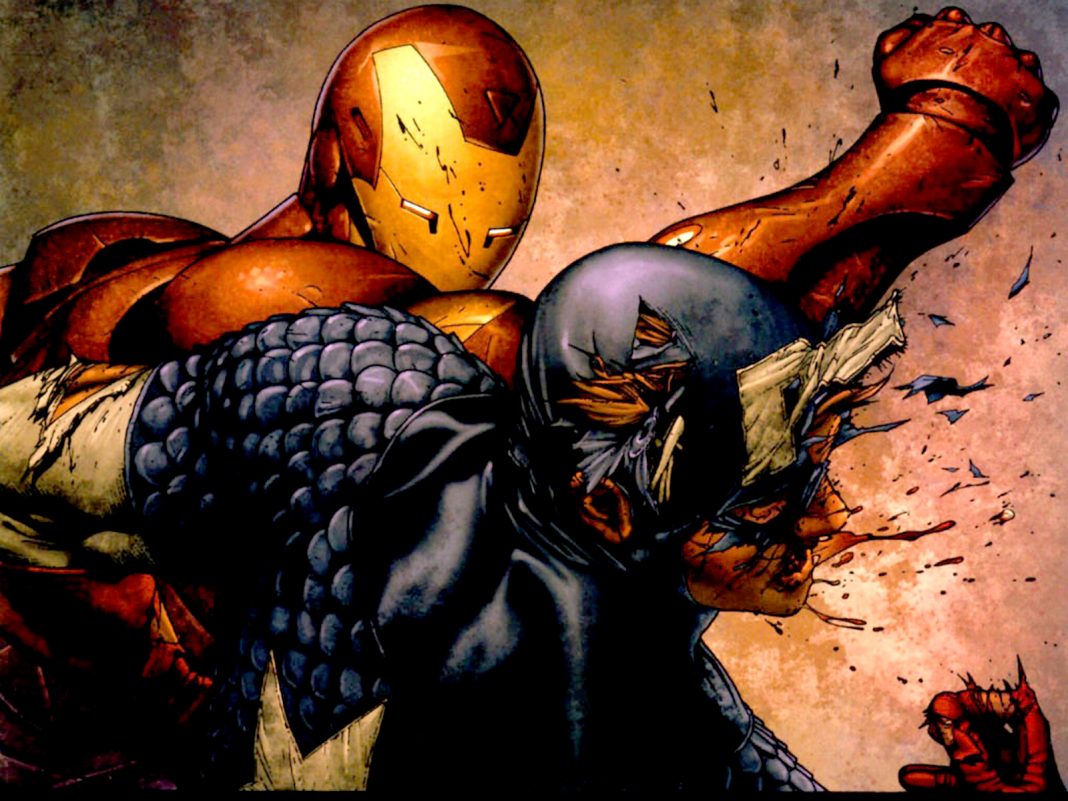 Firstly…SPOILERS!!! And no, telling you that “Iron Man and Captain America fight” in Captain America: Civil War is in no way a spoiler. However, to truly embark on a small thread regarding my denoted disdain for the aforementioned conflict, I’ll be dropping spoiler-bombs capable of sinking islands, melting livestock for several thousand miles surrounding the explosive epicenter, or setting the sky aflame along with the ire of your children’s, children’s children for at least 500 years.

Anyway, in the final act of Captain America: Civil War [SPOILERS ARE NOW HERE! LOOK AWAY!], Baron Zemo’s  scheming perfectly manipulated Iron Man, Cap, and Winter Soldier into the same room so they could experience, together, a particularly heart-rending transgression of the Winter Soldier. Yes, we all know Tony’s parents died in a car accident, but the details were a little hazy and there were elements implying something diabolical. Well, those diabolical elements were the diabolical actions of Bucky Barnes, the Winter Soldier, who apparently killed the hell of Tony Stark’s parents. And here’s the kicker: Captain America knew it. So, Stark went ape-sh*t and started manhandling Bucky to death, with Cap trying desperately to get between the two. This, of course, led to an all-out brawl between Iron Man, Cap, and Winter Soldier, distilling into the Iron Man/Captain America fight in Civil War.

Now, we know how that went; Iron Man received some previous damage at the hands of the Bucky/Cap super-soldier collective, so the armor was marginally compromised by the time it was down to Tony and Steve. But what kills me is this: the armor was still functioning, integrity was still high, but Cap seemed to be overpowering him until, taking a cue from the actual Civil War comic series, Stark analyzed and reproduced Cap’s fighting technique, effectively out-boxing Captain America. Iron Man had him; the battle was won and Cap’s only option was to surrender, until that conflicted jerk-hole Bucky distracted Tony; this gave Cap the opening he needed to beat the armor off Tony Stark’s previously protected face. And yes, this was the SECOND time during their conflict I cried a hearty, “BULLSH*T!!!!!”

Why? Because there is no way in HELL Cap should be overpowering Iron Man!!!!! Friday, Stark’s AI, told Tony he couldn’t handle Cap hand to hand before he decided to implement the aforementioned fight analysis and reproduction. WHAT?? Waitasecond…WHAT!!???

Ask yourself: without his shield, can Captain America take a missile to the face? And if he’s able to survive the initial impact, can he survive a fall from at least a hundred feet in the air, creating a small, personal crater due to the level of impact??? I’m pretty sure Cap can’t, but I know Iron Man can. In fact, he has! Check out this telling video clip from the first Iron Man film!

A few things worth noting:

1. While in midair, Iron Man takes a missile to the face.
2. Iron Man crashes. Hard.
3. Iron Man, undamaged, dusts himself off and crawls from the crater.
4. Iron Man’s systems, unaffected by 2 impressive impacts, continue to function normally, allowing him the response time necessary to side-step another missile.

So, after witnessing these events, I have to ask you…

I’m sorry, but the outcome of Iron Man vs. Cap should be a no-brainer; Iron Man should win hands down. What say you, Iron Man fans? And what about you, Cap fans??