Home MOVIES The New Alien Faces of Rogue One 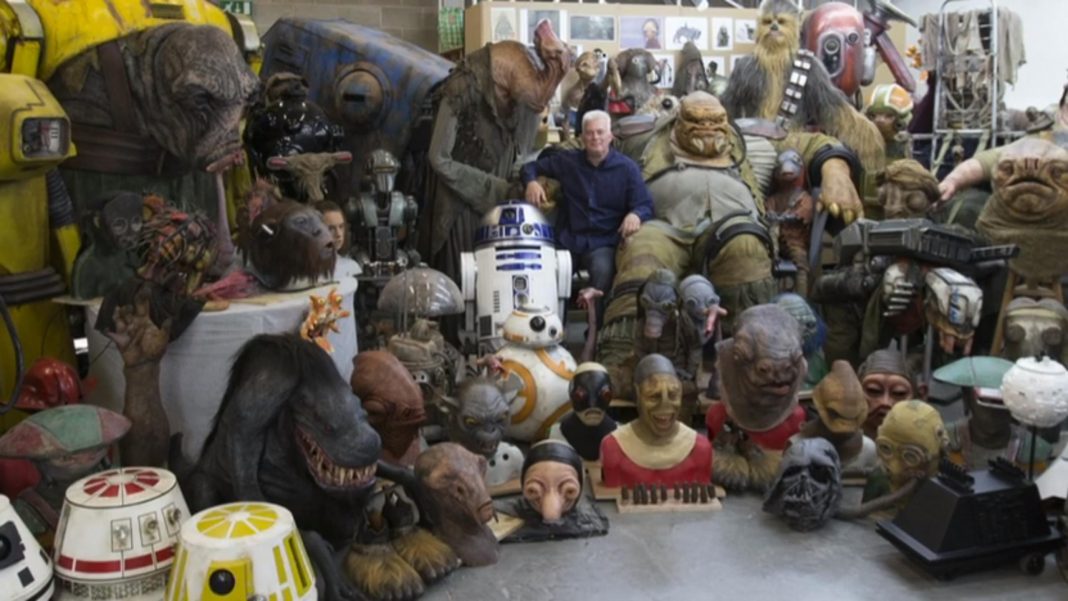 Before we know it, Rogue One: A Star Wars Story will be in theaters and blasting our eyeballs with new planets, characters and action sequences we’ve never seen in the Star Wars franchise before. We’ve already gotten some solid looks at the humans and droids that will be making their big screen debuts, but now the other species in Rogue One will be getting their moments in the spotlight. Yep, it’s time to meet the new alien faces of Rogue One.

Two characters in particular gained a fair amount of attention during last weekend’s Star Wars Celebration in London. They were dubbed “Space Monkey” and “Bigmouth” by the fans in attendance… and were immediately met with cheers of celebration.

In the fallout from Celebration, Entertainment Weekly caught up with Rogue One Director Gareth Edwards to get more information about the breakout stars. As it turns out, the final version of the new duo could have looked drastically different.

“It wasn’t like, ‘We’ve got this character, we need to design a creature for it, and here’s what this creature’s like,’” Edwards said. “It was more like we told the creature department to come up with a thousand ideas, and then it was like casting the movie. There were walls and walls of these different types of characters that we could’ve picked from. We just went through them, like, ‘God, he’s fascinating…. Who’s that…? And she looks amazing…! And what’s that there?’ Slowly, we got it down to our top hundred, and then it got even more refined.”

After whittling down the number of aliens they got to choose from, two seemed perfect for the final cut. So without further ado, here is the debut of “bigmouth”… otherwise known as Pao.

Pao will apparently be a major player in Rogue One; he serves as a platoon leader. Basically, Pao will be responsible for getting the troops ready for battle. Now if he can deliver a military speech on the same level as Patton, I’m 100% sold on the character. For Edwards, Pao was selected above countless other alien designs for one particular scene.

“There was this great design of this creature that’s mouth would open really wide, and he looked like he was really good at giving orders and shouting at people during a battle. I was like, ‘We’ve got to give him that moment in the film,’ and so [Pao] was born out of that.”

Not to be overshadowed is the newest addition to the Rogue One cast, Bistan. Sure, he looks all cute and cuddly, but apparently he is a Lakaru (brand new species); a gunner on a brand new rebel ship, The U-Wing.

“It’s not necessarily a character that we get to know, but I think he has a very memorable, iconic look,” said Edwards. “[He’s] one of my favorites. I can’t give away what happens to him.”

While Star Wars won’t have a panel at this week’s Comic-Con, that didn’t stop them from revealing another new character at the event. They revealed the character Edrio Two Tubes on their facebook page prior to allowing fans inside. Adding to the reveal, the Star Wars page also gave him a quick background and how he’ll fit into the plot of Rogue One.

“Edrio Two Tubes is a mercenary pilot who flies alongside his eggmate, Benthic. The two share the nickname derived from the breathing apparatus that allows their Tognath physiology to process oxygen atmospheres. Edrio’s home world Yar Togna was conquered and occupied by the Empire, forcing him to flee as a refugee. Desiring to strike back at the Empire, Edrio and Benthic have allied with Saw Gerrera.”

So we now have Lakarus, Benthics and guys with gigantic mouths joining the human heroes of the Rebel Alliance. With hordes of other characters being designed for the film, expect a bevy of different species showing up in Rogue One. It’s a big universe, and Gareth Edwards seems real eager to capture that eclectic creature world for Rogue One; that alone makes this movie a must-watch. Is it December yet?