Home MOVIES Editorials The Pros and Cons of Every Modern, Cinematic, Live-Action Batman 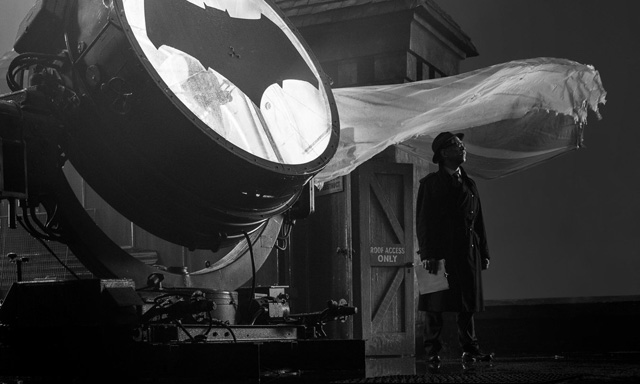 Stories and characters are always up for reinterpretation. There have been countless Tarzan and Robin Hood movies made, as well as films about Sherlock Holmes. And heck, look at how many cinematic versions of Spider-Man we’ve had already. However, if there’s one character that has been the centerpiece of the comic and cinematic world, it’s Batman.

Almost every time the Caped Crusader appears on screen, there seems to be a different angle and version appearing before our eyes. Sometimes they work, sometimes they don’t. So, with that in mind, let’s get our Jimmy Fallon on as we examine the pros and cons of every modern, live-action Batman to grace the big screen!

Pros: Keaton, the first modern, cinematic Batman, burst onto the scene in 1989. You couldn’t turn around that summer without seeing the Batsignal somewhere. Along with director Tim Burton, the Batman movie changed everyone’s image of Batman with its serious, dark and gloomy tone.

Non-comic fans used to think Batman was a joke due to the campy Adam West version from the 60’s TV show. Keaton and Burton changed the game. No more goofy adventures; this Batman dealt with the possibility of Gotham City being poisoned (Batman) and a corrupt politician being elected Mayor of Gotham (Batman Returns).

Cons: As pointed out in a special commentary track for Batman in an episode of Fatman on Batman, Keaton’s Batman had a lackadaisical approach to crime fighting. I didn’t notice it until it was pointed out to me, but Batman watches the muggers attack the family and doesn’t attack the muggers until AFTER they actually mug the family. We may have a Minority Report-esque debate about whether or not to punish someone before or after they commit a crime, but still, dude. Really?

Pros: When Keaton abandoned the role, Val Kilmer (Top Gun, Top Secret) took over the mantle of Batman. In 1995’s Batman Forever, Kilmer’s version of Batman got Robin on the big screen with Chris O’Donnell portraying the boy wonder. And for all the flack O’Donell got over the years, I think he did a great job as Dick Grayson.

Kilmer’s version of Batman also seemed to be more of a detective compared to Keaton’s with him trying to solve the Riddler’s (Jim Carrey) clues.

Cons: He seemed to have no problem killing Two-Face near the end of the movie. No remorse whatsoever.

Pros: In the 1997 movie, George Clooney took over the role after Kilmer and Batman Forever director Joel Schumacher got into a spat. And for all the crap this movie deserves, Clooney wasn’t the problem. When he wasn’t under the influence of Poison Ivy (Uma Thurman), he was very team oriented and included Robin (O’Donnell) and Batgirl (Alicia Silverstone) in fighting Ivy and Mr. Freeze (Arnold Schwarzenegger).

Cons: Can’t think of one.

Just kidding. Clooney’s version was WAY too chummy with villains.

How proper to introduce himself like that. More like a Light Knight than a Dark Knight. Also, I couldn’t help but notice Clooney’s Wayne didn’t change his voice at all when he was Batman.

Pros: Not only was Bale the first fleshed out version of the Dark Knight, he also made Bruce Wayne interesting. In the previous movies, Wayne was kind of a boring character and I found myself waiting for Batman to appear on screen. Not this time. In Batman Begins, Bale’s version of Bruce Wayne was charismatic, interesting, and never dull. It was really interesting seeing the character develop throughout director Christopher Nolan’s films.

Cons: As great as Bale was, there were a few glaring flaws in his portrayal of Gotham City’s guardian. First, the voice he used as Batman. In Batman Begins, it was subtle:

But somewhere between that and The Dark Knight, he cranked it up a notch and became almost unintelligible:

Let’s not forget the fact Bale’s version of Batman contradicts himself. First, in The Dark Knight Rises, he tells Gotham Police Officer John Blake (Joseph Gordon Levitt) that he originally became Batman “to be a symbol. Batman could be anybody. That was the point.”

But in the previous movie, the Dark Knight…

Pros: Not only does Affleck’s version of Batman have the most comic accurate version of the costume to date, he is also a man of action and gets things done. This scene alone proves that as he’s doing things we’ve never seen Batman do on screen.

Also, Affleck’s iteration of Batman was right out of the Frank Miller mold of the Dark Knight Returns. Grizzled. Angry. Hellbent on the mission.

Cons: A bit shortsighted. He wanted to kill Superman using the logic, “If we believe there’s even a one percent chance that he is our enemy we have to take it as an absolute certainty… and we have to destroy him.”

So, there’s my list of the pros and cons of the modern, live-action Batmen we’ve been blessed with. Agree with me? Felt I left something out? Let me know in the comments below!